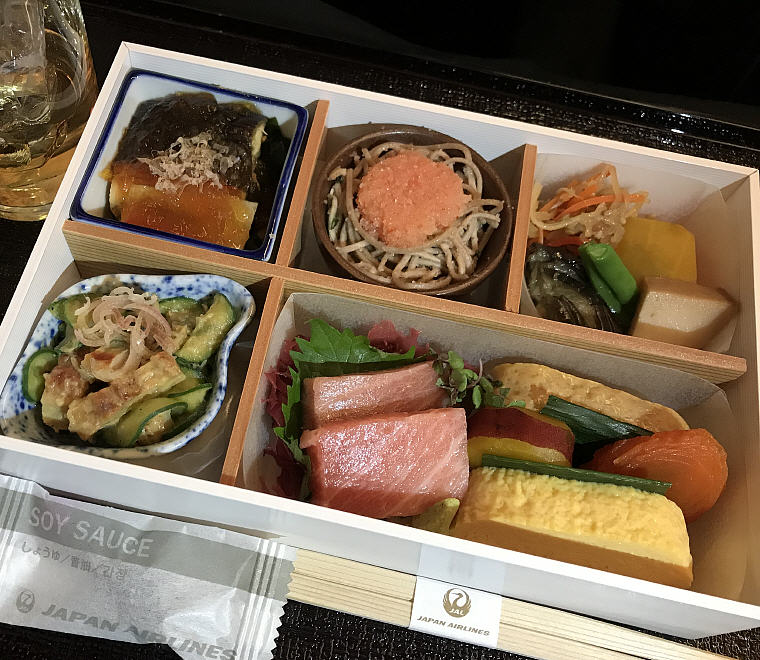 In my previous post, I shared how flying Inter-Asia on JAL Business Class could be very affordable. This post shared my experience on BKK-KIX and NRT-SIN. 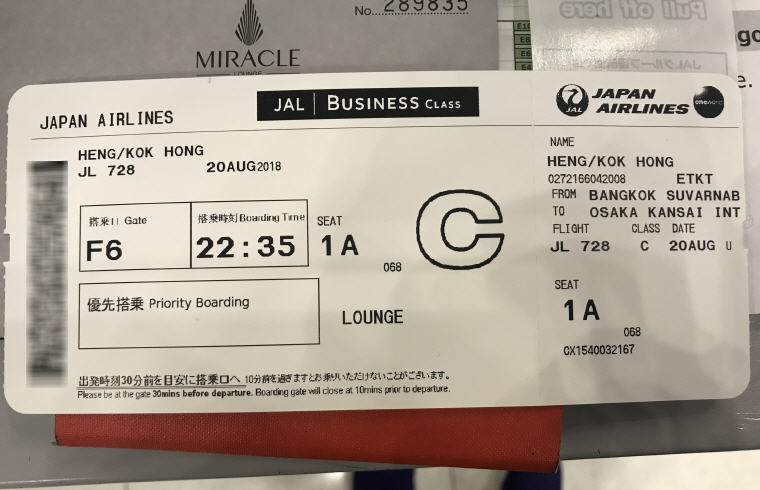 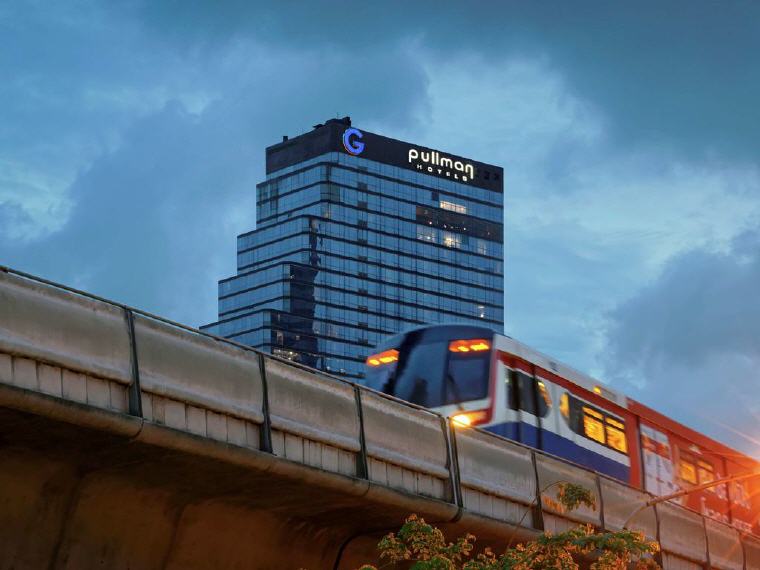 I spent two nights in Pullman Bangkok Hotel G. I thought it was a great choice as my flight was departing at 11pm and the executive room which I booked allow me to check out at 5pm.

Point to take note: As it is peak hour, travel time will also be longer so do give yourself enough time to get to the airport. 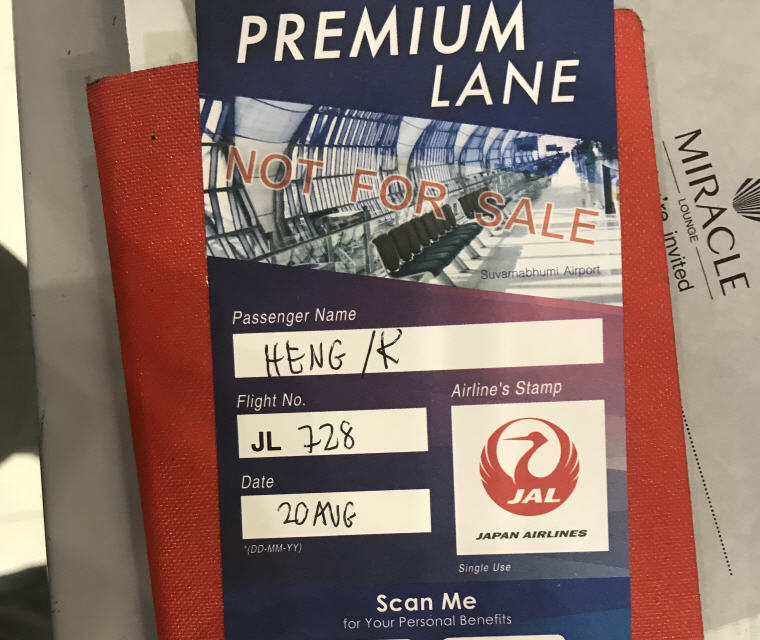 Check-In was very fast as there was no one in the Business Class lane. I was presented a lounge access invitation and fast immigration clearance pass. The Check-In counter officer told me that the Sakura Lounge was crowded at this hour and asked me to go to Miracle Lounge first. 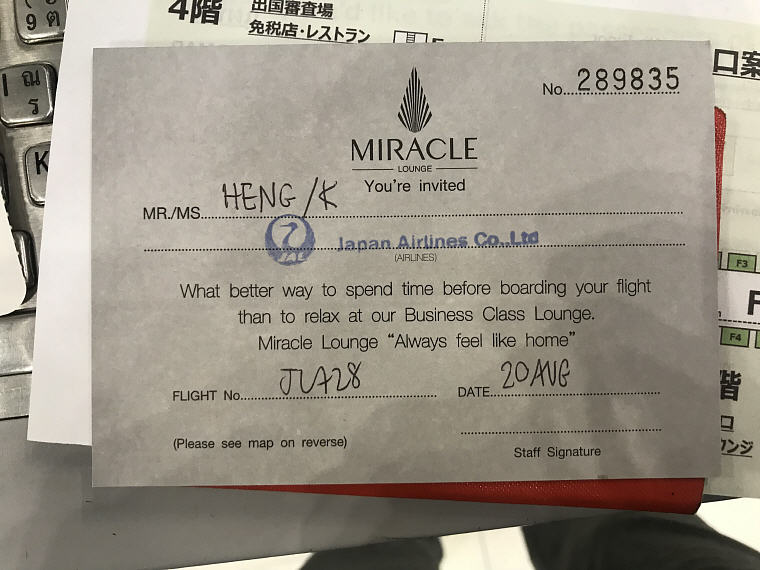 Just to see what was on offer, I went to Miracle Lounge. It is the lounge that Priority Pass member has access to. I had a bite and took a shower there too.

After spending around 40 minutes in Miracle Lounge, I proceeded to Sakura Lounge. Although still crowded, I could see that the crowd was getting lesser.

These were the foods served in Sakura Lounge, which were mostly presented in small portion and mostly Japanese food. Drinks and beverages were also in abundance. I took a few glasses of sake and plum wine.

I spent more than an hour in Sakura Lounge before making my way to the gate.

On Board JAL Business Class BKK to KIX

I selected 1A in Japan Airlines website, knowing that this flight operated on 2-2-2 configuration, I figured that the seats should be very similar to SQ A330 regional Business Class. I knew that the Business Class seat would not be able fully flat; it would only be angle flat. 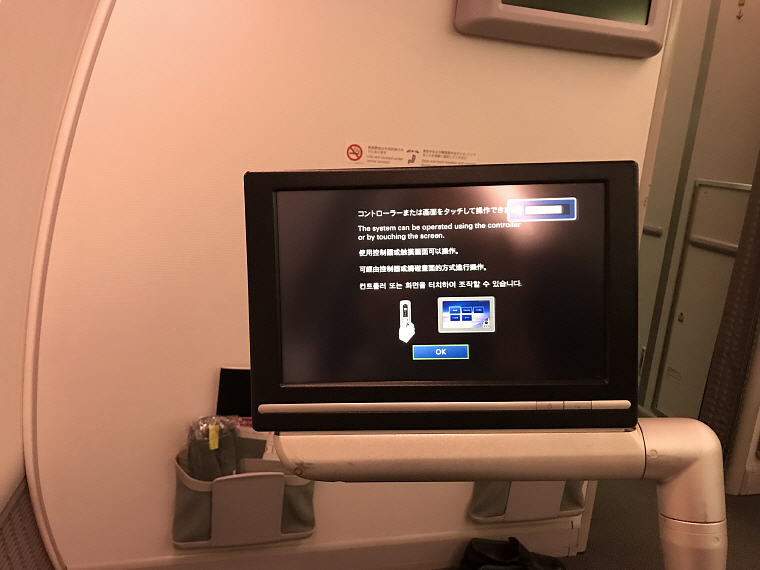 TV set not directly in front of the seat, JAL Business Class, BKK to KIX 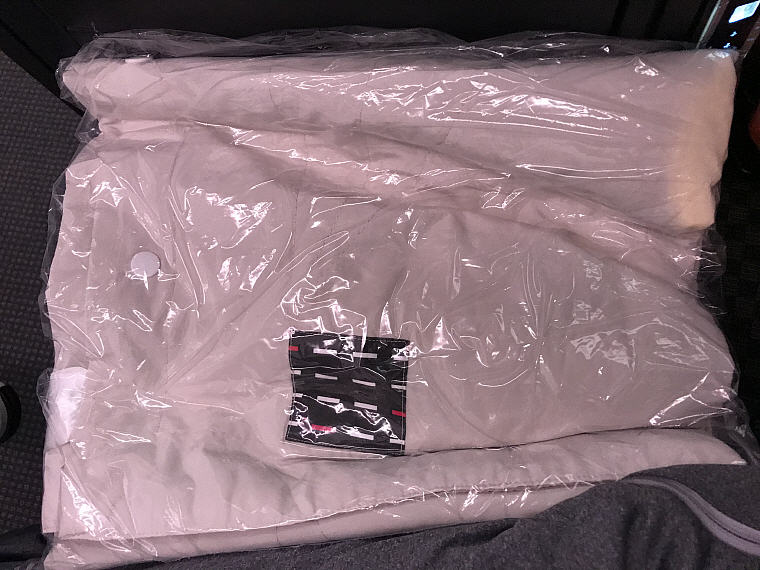 Due to some monitor issues, the flight was delayed for half an hour. The crew came to apologize for the delay but half an hour did not matter at all to me. 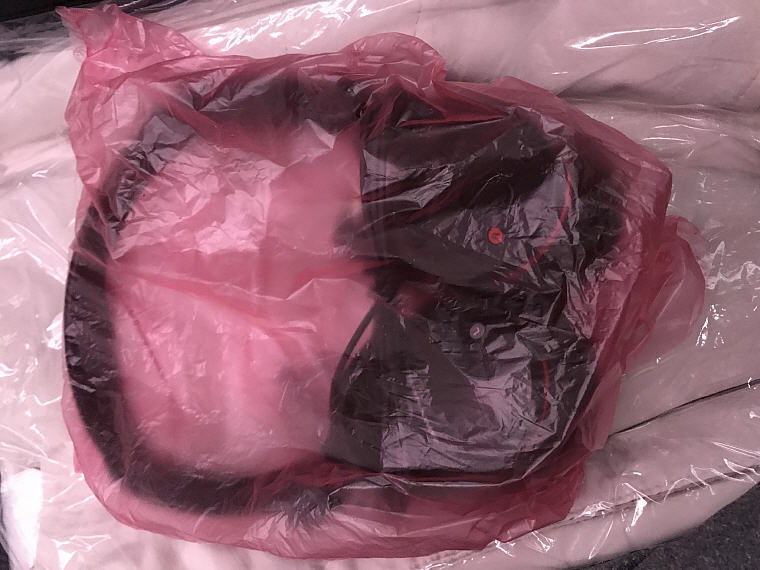 Noise cancellation headphone was provided in this “cheap looking” plastic bag. I really wondered why JAL did not bother to package it nicer given that Japanese is very particular about packaging.

Dining on Board, JAL Business Class BKK to KIX

Here was the menu for this sleeper service flight:

Breakfast would be served for this flight and choosing Japanese breakfast should be a no brainer. 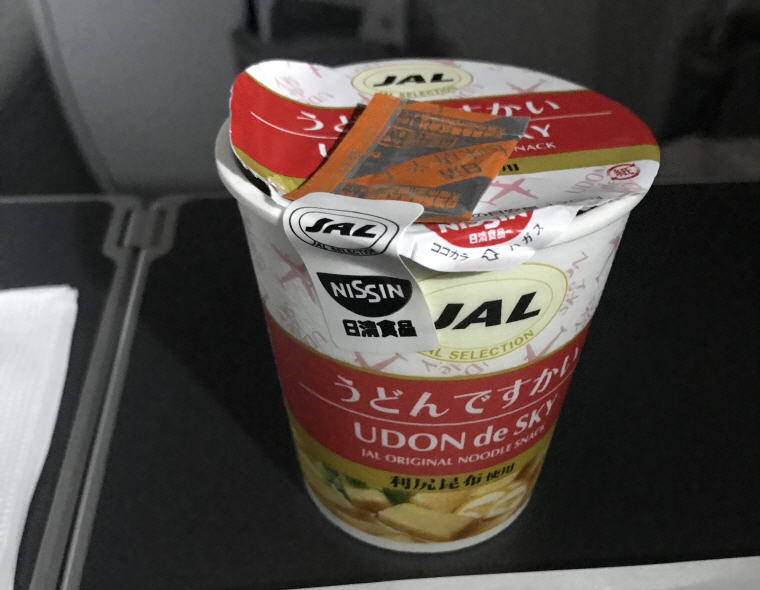 The crew was very good to come and ask me if I wanted to have Soba or Udon; perhaps I was not asleep like the rest of the passengers or perhaps I looked hungry. LOL! Even without her asking, I would have order one just to try also. The Udon de Sky was served in a small cup; one just like the cup-size mineral water. 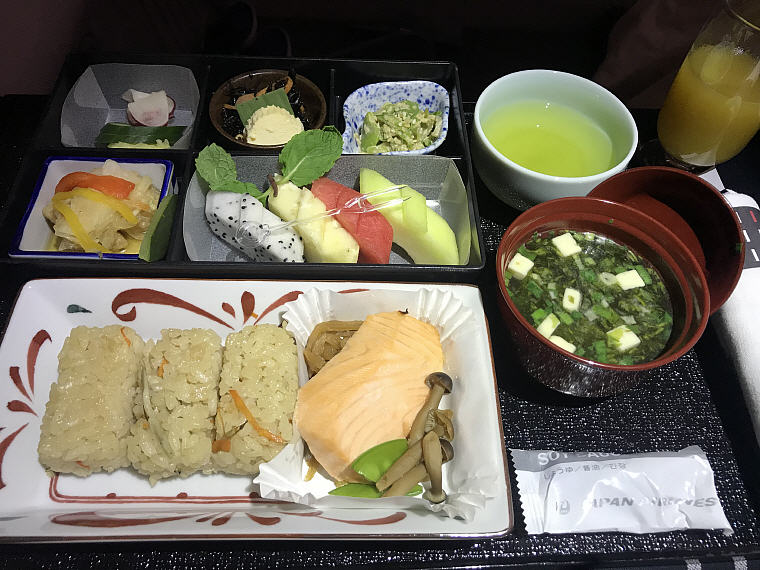 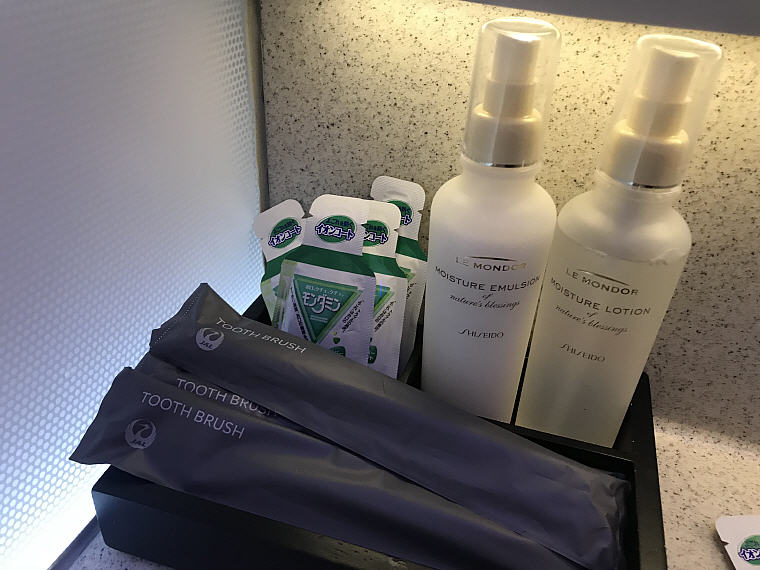 The toilet is very small like the ones in Economy Class. I did not manage to take photo as I was not able to find a good angle to take a good shot.

Overall, it was not an exceptional Business Class given that the seat could not be set to full flat and that it was a red eye flight.

I arrived in the airport two hours before the departure time, thanks to the last minute shopping in town and for underestimating the time needed to travel from Kinsincho to Narita Airport. I had planned to arrive 3 hours before departure time to have sufficient time for shower in the lounge and for more shopping. 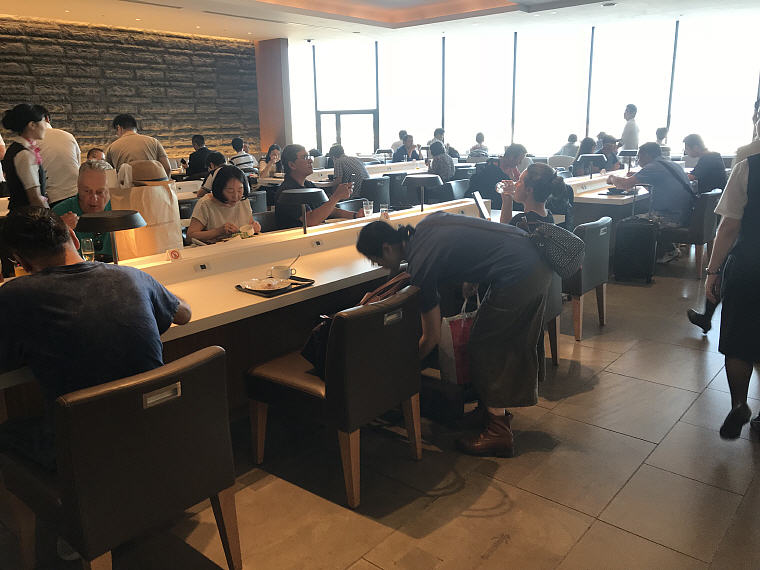 The Sakura Lounge in Narita Airport was very crowded at that hour. I went on to get a Q number for shower and was informed that there were 13 people in ahead of me. I was told that waiting time should be around 1 hour and was given a device to inform me once shower room was ready. While waiting, I settled for some foods and drinks.

When I was done with shopping, I headed back to the Sakura Lounge. I had hoped that it would be my turn to shower soon, but was told that there were still seven passengers ahead of me and waiting time would again be an hour. I told her by then it would pass the boarding time already! 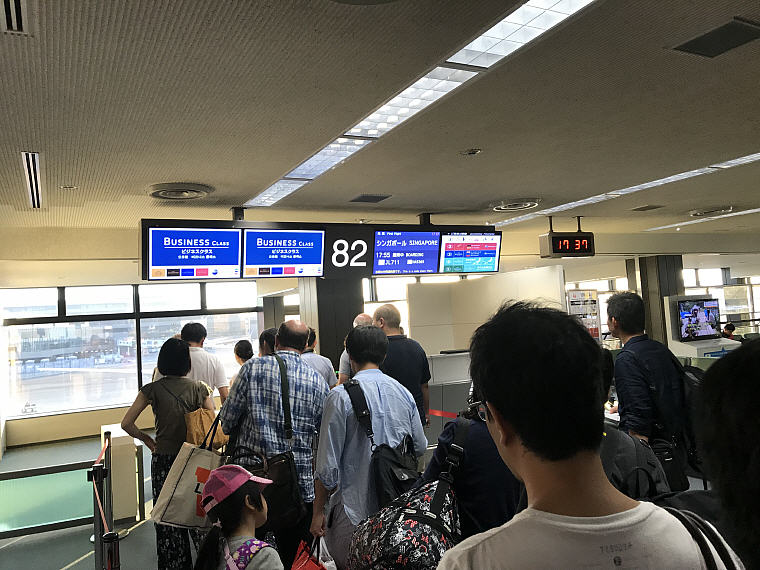 The queue had already formed when I reached the boarding gate. 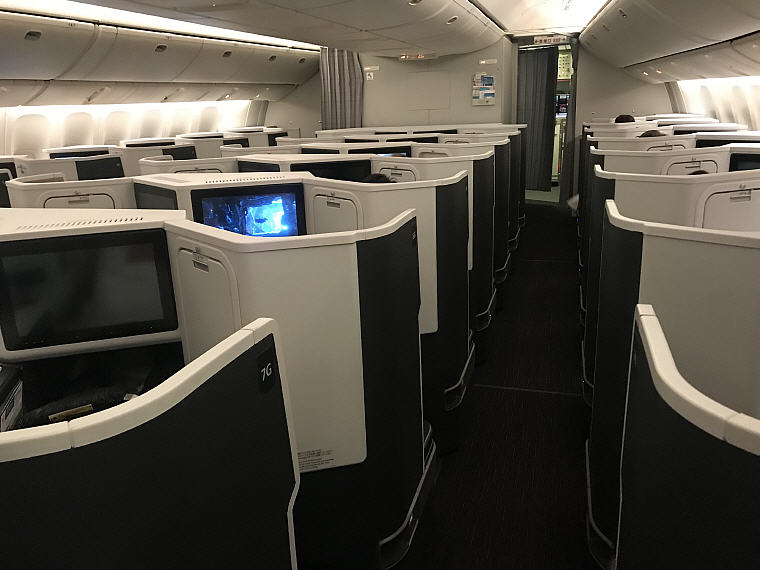 I was looking forward to this flight actually as I knew that it has the 1-2-1 configuration in reverse herringbone. It is divided into two cabins. I was not able to get the front cabin seats during seat selection. My seat was 9K, which was a smaller cabin at the back.

The layout is indeed saving space; it has the slanted layout which makes it possible to have more rows. The seat wise is small, just like Economy Class seat. The clear difference is the added privacy and that it is possible to set the seat fully flat. I would say that SQ A350 clearly stood out compared to JAL Sky Suites.

Here was the menu for the flight and of course I chose the Japanese menu. Overall the meals was delectable! My only question was and still is: Do we have a correct sequence on which to eat first since we have so many different dishes on the bento box.

I have lost count on the number of glass of Plum Wine I have throughout the flight. 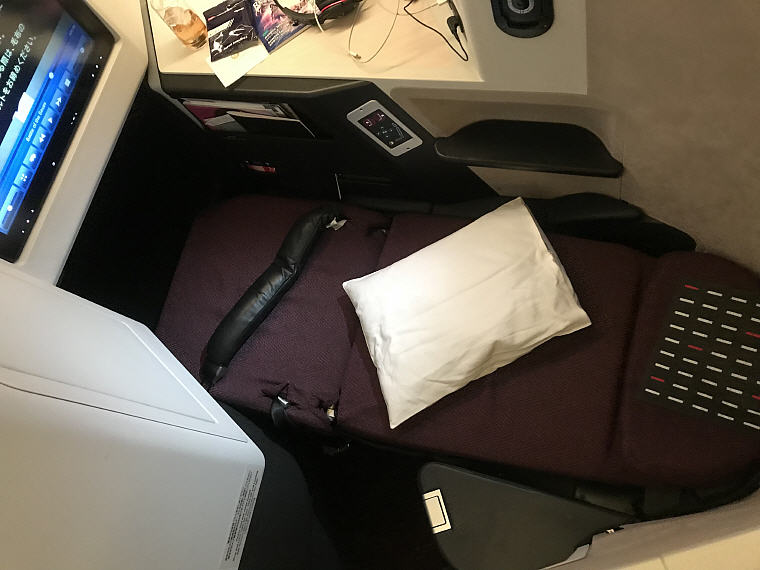 After meal, I put the seat fully flat with the seat controller button. It joined nicely with the foot rest area and at a very low level. It will feel as if you are sleeping on the floor. This also means that the TV will now be further way from the sitting eye-level. I would think if you want to sleep, don’t watch the TV and vice versa. 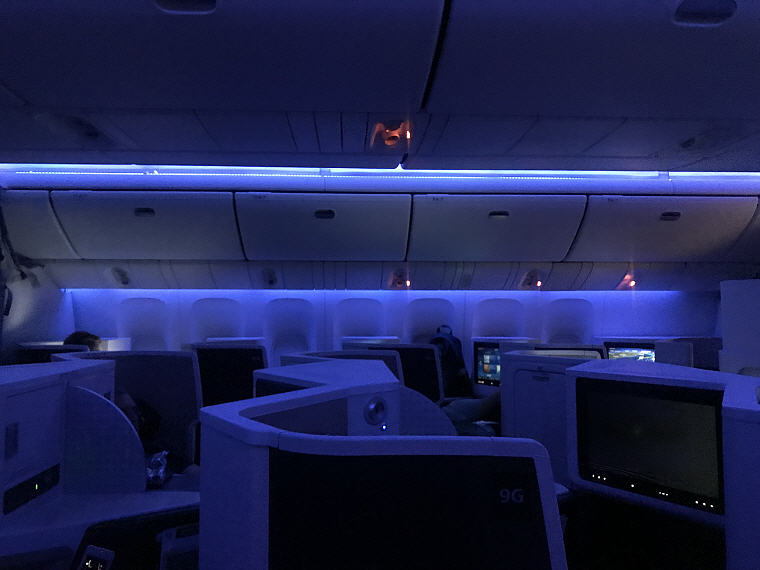 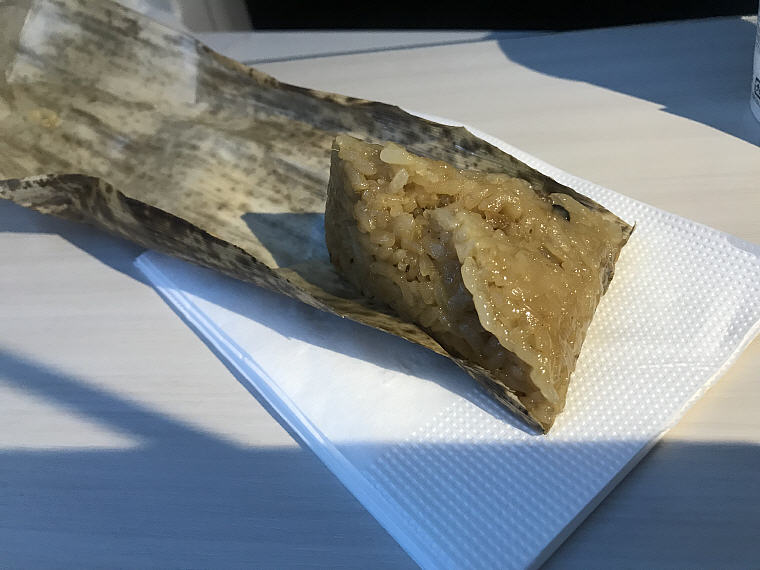 The crew came with a cart to distribute either ice cream or rice dumpling just before landing. I opted for the more unique rice dumpling. And I requested for Soba de Sky also. 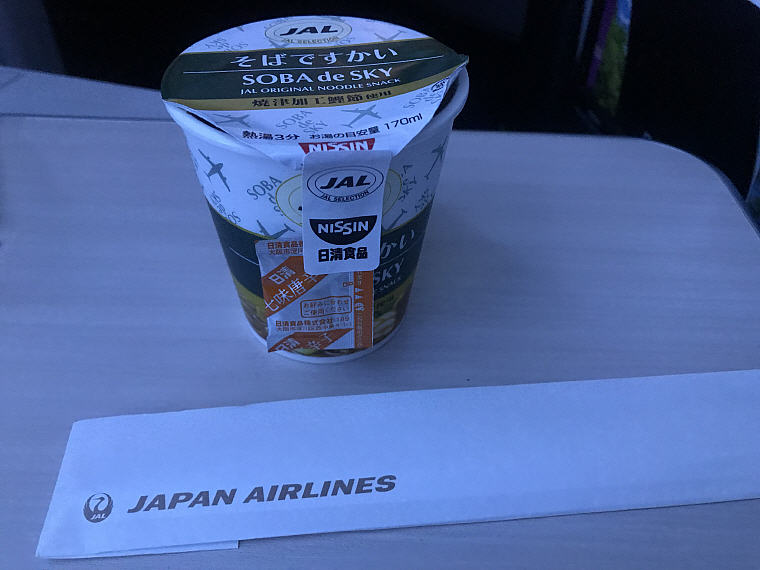 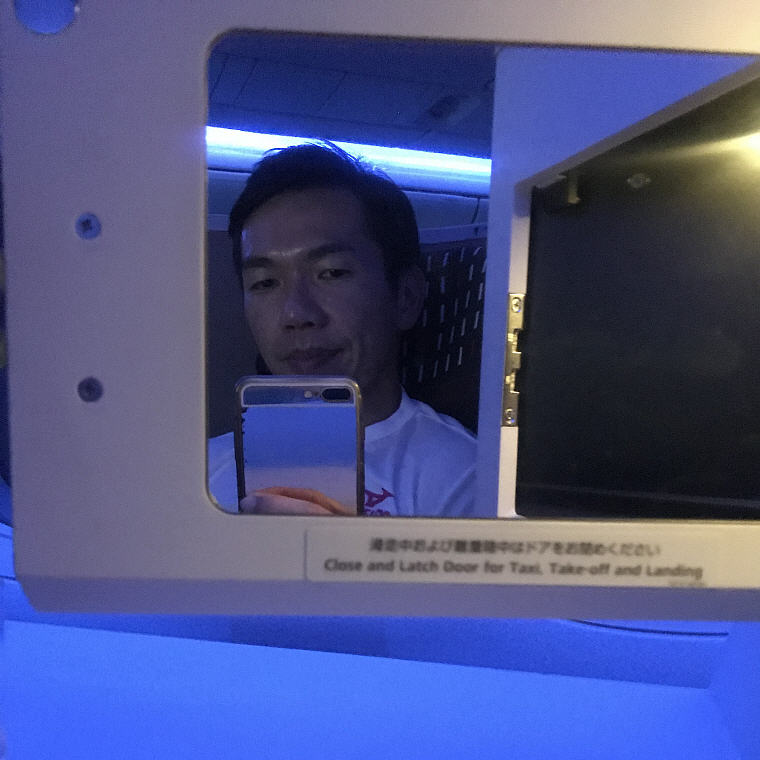 Overall, both the sectors were not exceptional for both the hard products and the soft products. In-flight entertainment was not impressive also; there were limited movies to choose from and I ended up watching movies which I have already watched. Crew service was only marginal; there was no personal touch so to speak. In fact, the crew that served my row on the flight from Narita to Singapore sector did not smile at all.

However, given that these two sectors were at a very good price, I would not mind flying with JAL Business Class again in the future. Perhaps I will vary the first departure Asia cities and coupled with Haneda back to Singapore next.