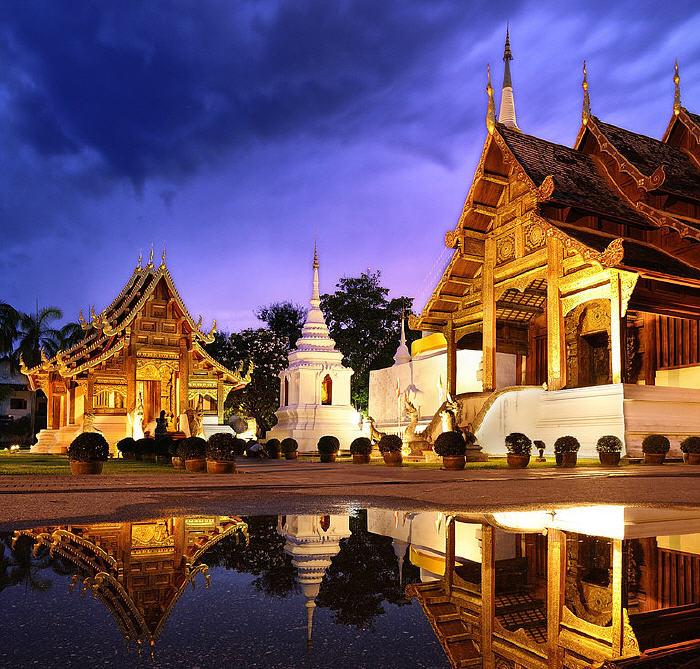 Chiang Mai, Rose of the North, is a city in northern Thailand of mist-shrouded mountains and colourful hill tribes. Located on a plain at an elevation of 316 m, surrounded by mountains and lush countryside, it is much greener and quieter than the capital; making it a popular destination in Thailand for any traveller. With numerous places to see in and surrounding the city, Chiang Mai truly has it all. This list of popular attractions in Chiang Mai will be useful to plan your first visit.

Popular attractions in Chiang Mai for your first visit 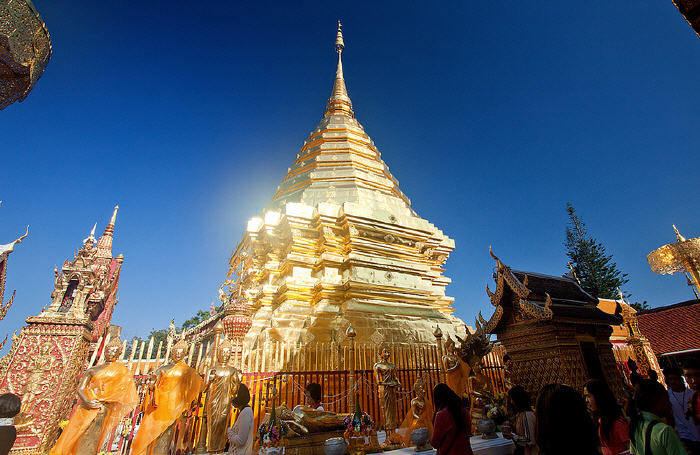 Wat Phra That Doi Suthep, the quintessential image of Chiang Mai with its large gold-plated chedi, is visible from the city on a clear day. Sitting at a 1,073 metres elevation on the slopes of Doi Suthep 15 kilometres from the city of Chiang Mai, it is one of the most historically and spiritually significant places in Thailand. Legend has it that the temples site was selected by an elephant released into the jungle. The elephant is said to have climbed up Doi Suthep, stopped, trumpeted three times, then dropped dead, a sign indicating an auspicious site. Founded in 1383, Wat Phra That Doi Suthep is an impressive embodiment of the Lanna culture, making it one of the popular attractions in Chiang Mai for your first visit. 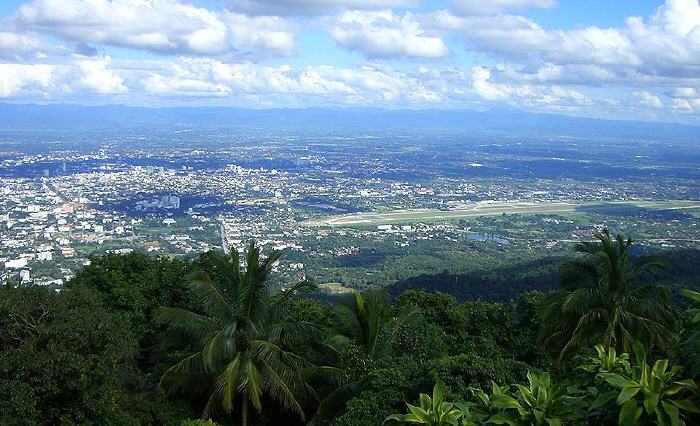 The temple offers grand views over the city, but no reward is without effort as you must ascend more than 300 flight of stairs. The climb may be a strain in the high altitude’s thin air for the less fit, so you may opt to take a tram. For the Visaka Bucha holiday each year, it is traditional for people to walk the 9 kilometers up the steep hill, carrying lanterns made of paper and lit by candles to make the pilgrimage to the top.

Opening Hours: 06:00 – 20:00 daily
Admission Fee: 50 Baht, which includes a two way ticket on the tram.
Things to take note: As Wat Phra That Doi Suthep is a sacred place and you should dress respectfully when visiting it. That means no shorts or skirts and no tank tops. 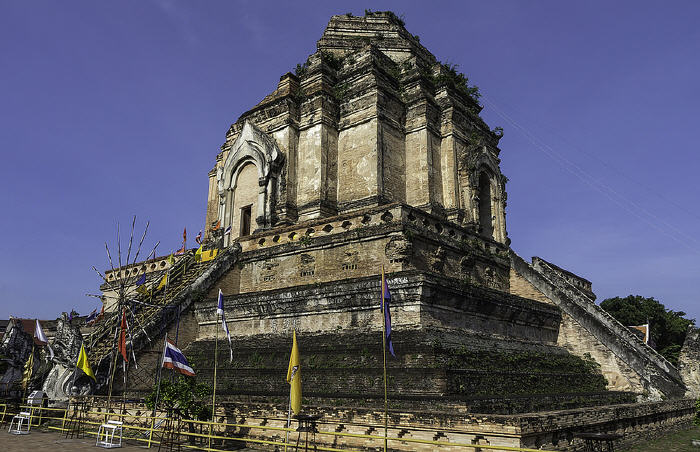 Wat Chedi Luang, Prapokklao Rd, almost in the centre of Chiang Mai are the remains of a massive chedi that toppled in in the great earthquake of 1545. The temple was originally constructed in 1401 on the orders of King Saeng Muang Ma. In 1454, reigning King Tilo-Garaj enlarged the chedi to a height of 86 m. After the earthquake, the chedi lay in ruins until 1991-92, when the Fine Arts Department finished restoration work around the chedi, bringing back the naga (water serpent) staircase on each of its faces and wonderful statues of elephants adorning the base. The actual work on the chedi itself, however, was never quite complete, leaving it in its present state. 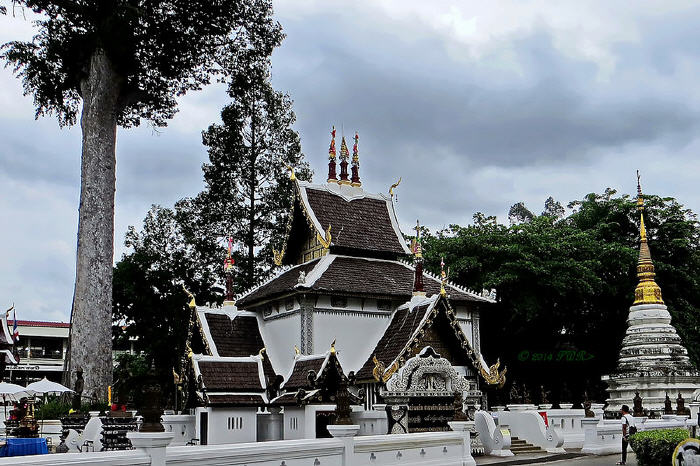 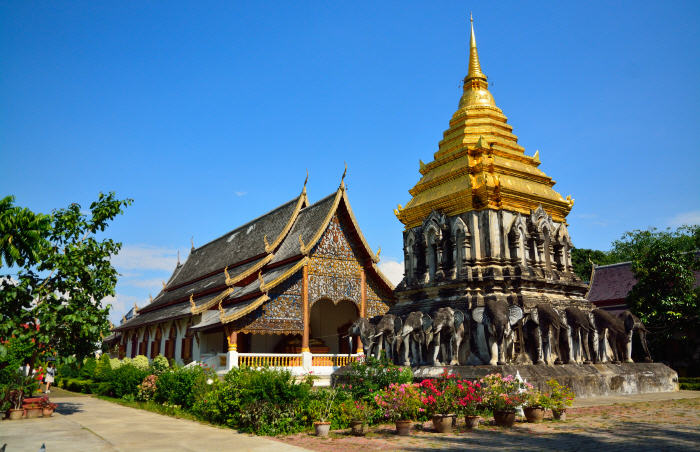 Wat Chiang Man is the oldest temple in Chiang Mai town. It was built around 1296 by King Mengrai of Lanna kingdom. The temple is famous for its Lanna-style chedi supported by rows of elephant-shaped buttresses. The beautiful Lanna-style ordination hall enshrines an ancient Buddha image named Phra Kaew Khao, revered by Chiang Mai locals. 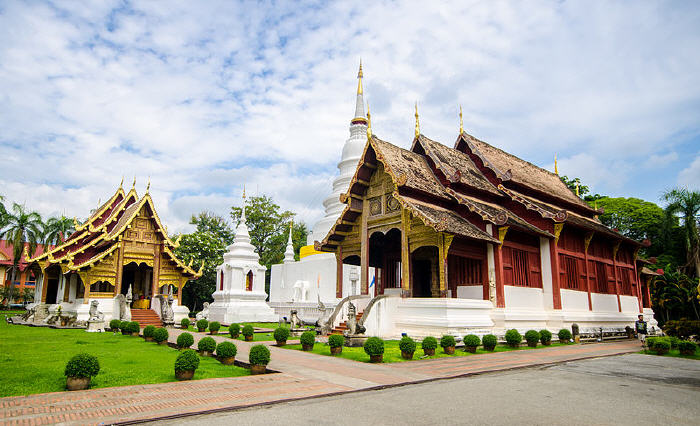 Wat Phra Singh, located within the city walls and moat at the end of Ratchadamnoen Rd, is perhaps the second most venerated temple in Chiang Mai after Wat Phra That Doi Suthep. The temple’s signature Lanna-style roofs and glittering viharn (assembly hall) invite visitors. The walled-in temple compound is busy with visitors and worshipers all year round and is usually packed during the Thai New Year festival (Songkran) in mid-April. 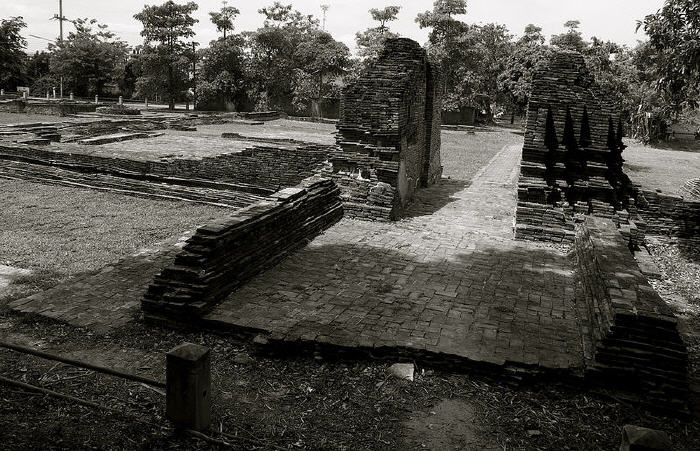 Wiang Kum Kam is an ancient city about 5 kilometres south of Chiang Mai along the Ping River in the countryside. It served as the capital of the then Lanna Kingdom. However, due to repeated flooding, Chiang Mai replaced it as the capital in 1296. Wiang Kum Kam was largely buried under mud and silt when the Ping River changed its course. It was rediscovered in 1984 by the Department of Fine Arts and afterwards excavation was begun. A total of 42 ancient monuments have been excavated, the majority of which have been partly restored. 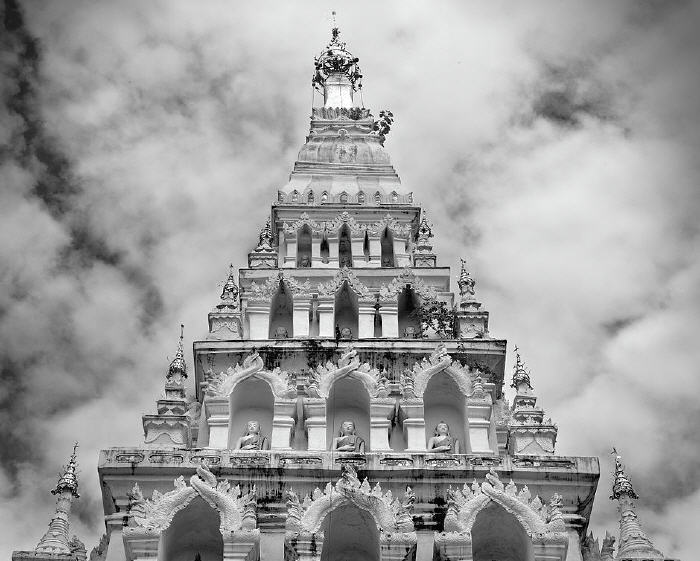 The centrepiece at Wiang Kum Kam is Wat Chedi Liam (formerly known as Wat Kum Kham), featuring a Burmese-style pavilion and a five-tiered chedi set on a square base – the signature style of the early Lanna period. Other important structures include Wat Chang Kham, and the Cultural and Local Wisdom Learning Centre which exhibits Lanna objects and traditional Lanna-style houses. It’s a good idea to drop by Wiang Kum Kam Information Centre, where excavated earthenware pottery and artifacts are displayed in the exhibit rooms.

As Wiang Kum Kam is too large to be covered on foot. You can choose to tour the site by tram (500 Baht) or horse and carriage (300 Baht) or rented bicycle (50 Baht). Definitely another one of the popular attractions in Chiang Mai for your first visit. 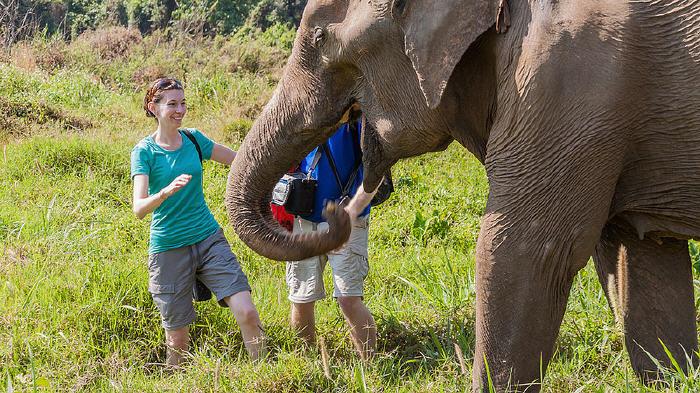 Elephant Nature Park may not exactly be one of the most popular attractions in Chiang Mai, but it is definitely a meaningful one to visit. It is an unique project set in Chiang Mai province, Northern Thailand, to provide a sanctuary for rescued and distressed elephants. The elephants are not here to perform or do tricks and people visiting here will leave with a whole new understanding of these magnificent creatures. Approximately 60 km from the city, the park provides a natural environment for elephants, dogs, cats, buffaloes and many other animals under their care. Volunteers and visitors contribute to the healing while learning about the lives past and present of the animals. 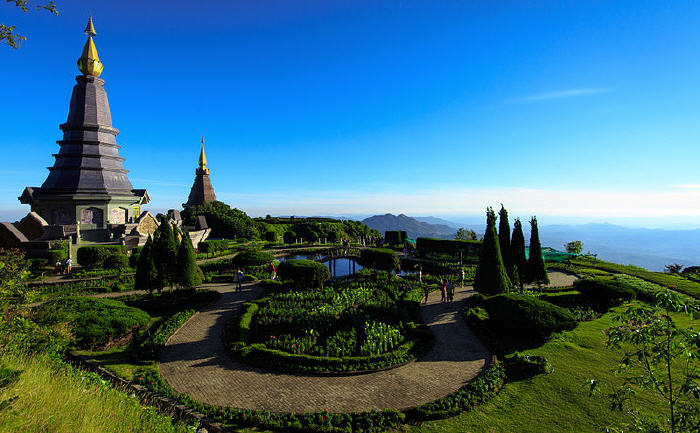 Doi Inthanon National Park offers Mount Inthanon, the highest peak in Thailand standing 2,565 metres above sea level. It is one of the most popular national parks not only for its natural beauty but also for its historical significance. 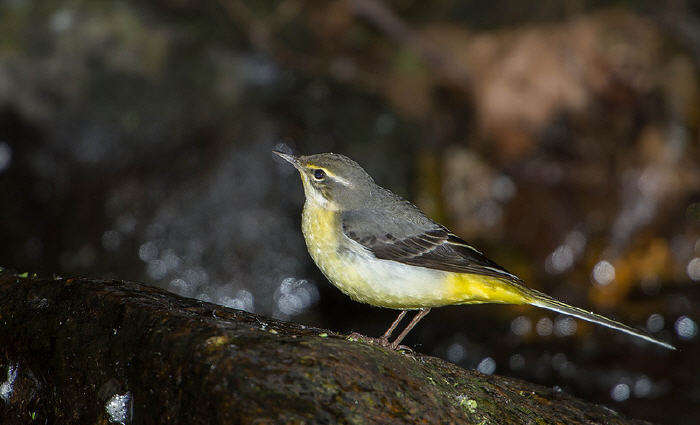 A total of 362 bird species in the park has been recorded by The Center for Wildlife Research at Mahidol University, making it in numbers the second highest in Thailand after Kaeng Krachan National Park and an excellent location for bird watching.

The forest in the park is one of the country’s very significance and valuable heritages. Forests include moist evergreen forest, pine forest and mixed deciduous Forest. In addition to these, there are many beautiful flowers including vanda orchid, phycastylis and rhododendron. Sphagnum Moss and osmanda fern are found at higher levels in the park. Due to high altitude, the park has high humidity and very cold weather throughout the year. Mid day temperatures are normally around 10-12 °C. 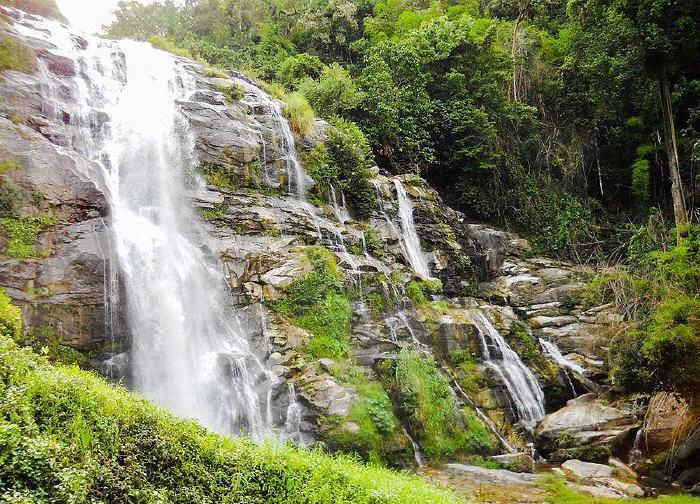 Attractions on the way up or down the mountain include: Mae Klang Waterfall and Wachirathan Waterfall, two of the largest and best known waterfalls in Thailand. You can also get a panoramic view of the mountains and valleys below at the Twin Royal Pagodas or explore the beautiful stalactites and stalagmites in Borichinda Cave. 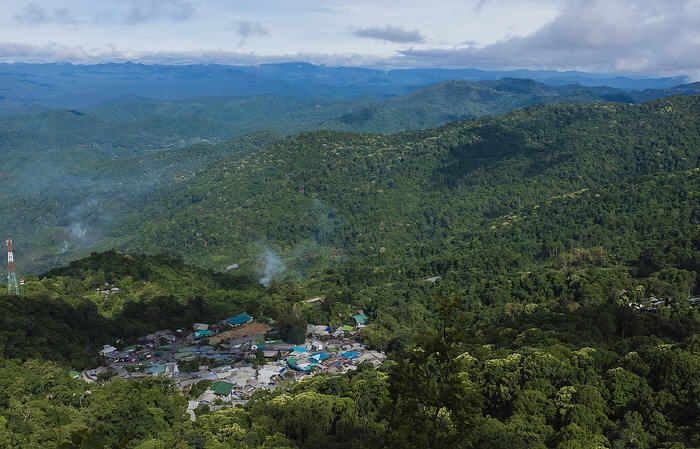 Another popular national park in Thailand and another one of the popular attractions in Chiang Mai is the Doi Suthep-Pui National Park which houses the two sacred peaks Mai Doi Suthep (1676 m) and Doi Pui (1685 m). In altitude above 1,000 metres, the park is forested with evergreen forest and with deciduous forest below. The park is home to nearly 2,000 species of ferns and flowering plants, and more than 300 bird species. During the rainy season, butterflies bloom as abundantly as the flowers. 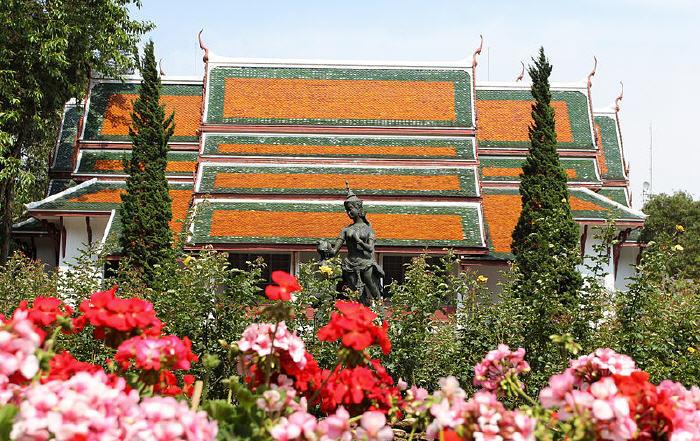 Doi Suthep-Pui National Park is also home to the famous Wat Phra That Doi Suthep, and the Royal Winter Palace (Bhubing Palace). Other attractions include Huai Kaeo Cascade, a pleasant place for picnics, Hmong Tribal Village, a good place to see life of the tribesmen, and Ratchaphruek Garden, the site for the Royal Flora Expo 2006 which has been carefully maintained and developed into a splendid attraction in Chiang Mai. 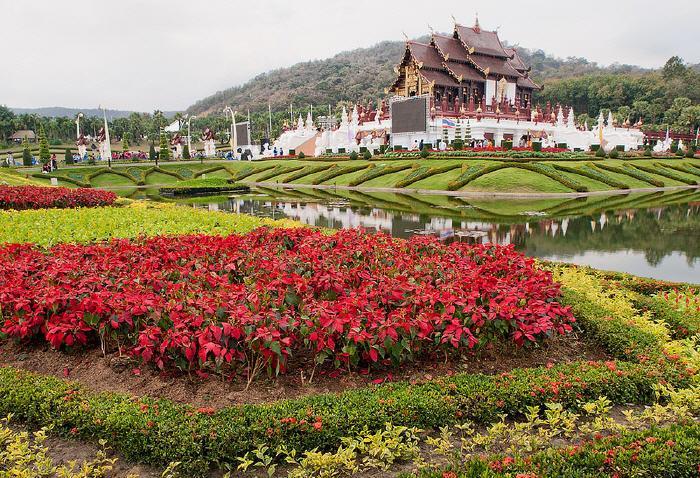 The climate is cool, with an average temperature around 20 to 23 °C. Low winter temperatures can reach 6 °C. Late summer is the rainy season, with daily precipitation.

Sponsor: You can read more from this article on inflatable tents for that perfect camping trip at GearWeAre. 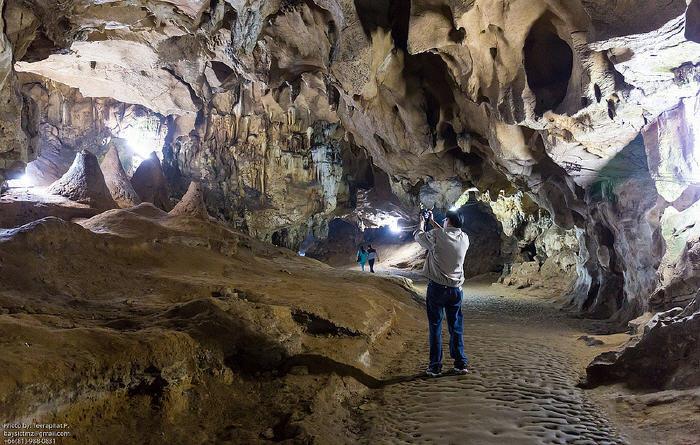 Chiang Dao Cave is one of the most popular attractions in Chiang Mai and is also ranked as one of the top destinations in Thailand. The cavern stretches 12 kilometres into Doi Chiang Dao Mountain and features some of the most spectacular stalactite and stalagmite formations. Two of the caves, Tham Phra Nawn and Tham Seua Dao, are illuminated by electric lights, but the upper caves are pitch-black and requires a local lantern-carrying guides to lead the way.

Opening days: Wednesday, Thursday, Friday, Saturday, Sunday
Opening hours: 08:00-16:00
Getting there: Located about 72 km north of Chiang Mai. From the city, get on Highway 107 (Chiang Mai-Fang), and turn left at Km. 71-72 to get to the foot of Chiang Dao Mountain. Take another left turn, and 5km later you will reach the parking lot. 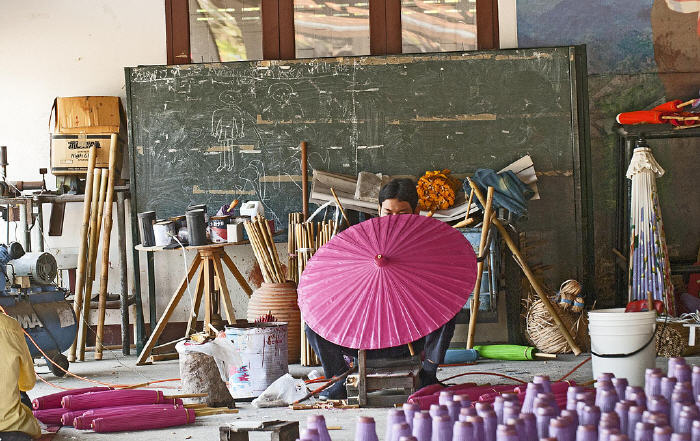 Bo Sang is a village in Sankamphaeng district in the outskirts of Chiang Mai where sa paper (produced from the bark of the mulberry tree) umbrellas hand-painted in beautiful designs are produced. Festivals are held every year and numerous craft shops and stores exist along the central road of the village decorated in Lanna Thai style, most with the well-known umbrellas, as well as with traditional lanterns. 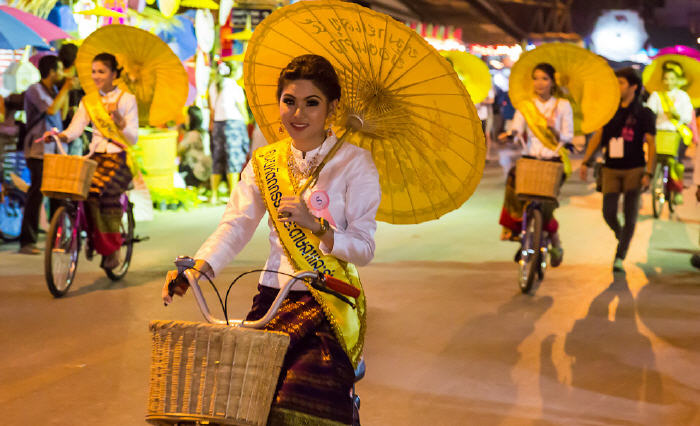 During the festival, there are contests, exhibitions, cultural performances, local entertainment, and assorted shows day and night. There will also be a Miss Bo Sang beauty pageant held. Bo Sang has become synonymous with the paper umbrella craft and the umbrella, a cultural symbol of Chiang Mai.

Another attraction to visit in Sankamphaeng is Muang-on Cave near the hot springs. The entrance to the cave is about 180 steps climb up a steep Naga Serpent stairway. In the main cavern floor you can see a huge 10 m reclining Buddha. Above the statue there is said to be a fossilised dinosaur skeleton. Entrance fee is 20 Baht.

Bo Sang Umbrella Festival is a 3-day festival celebrated on the third weekend in January each year. The festival features a colourful umbrella procession during the day and a night-time lantern procession. You can even catch the beauty pageant, music and dance during the festival. 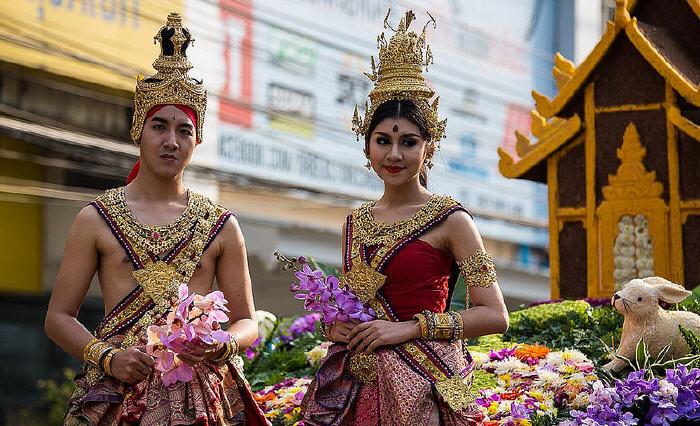 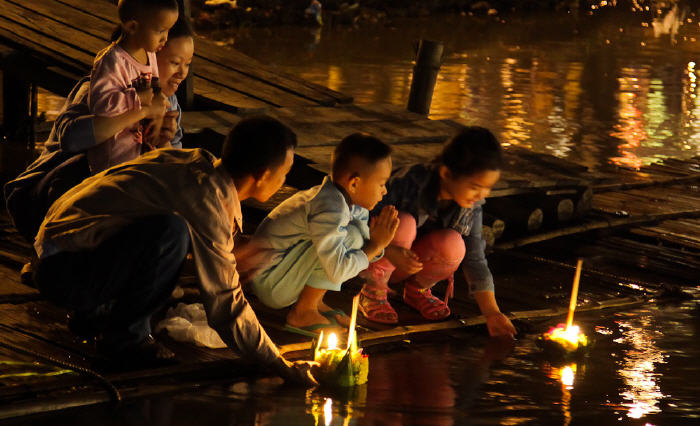 The Chiang Mai Yi Peng Festival/Loi Krathong is celebrated on the full moon of the twelfth lunar month ever year. In 2017, it will be held 3 November to Sunday, 5 November. The festival features beautifully illuminated lanterns, which are either carried, displayed in houses and temples, and even launched into the night sky. Krathong which are an offering – traditionally made out of a banana stalk and adorned with candles, incense and some money – are floated down the rivers.