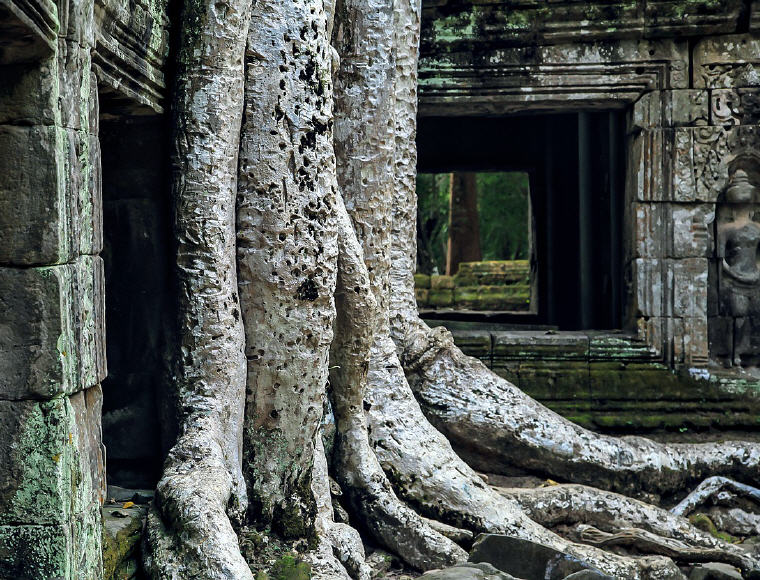 Travellers’ Choice Landmarks Awards honour top landmarks worldwide based on the millions of valuable reviews and opinions from travellers like you. Award winners were determined using an algorithm that took into account the quantity and quality of reviews for landmarks worldwide, gathered over a 12-month period. 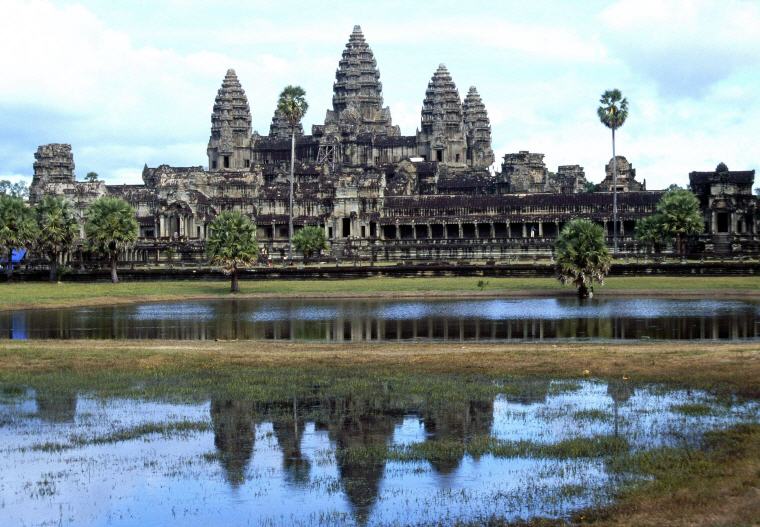 One of the world’s most-recognisable sights, Angkor Wat is a magnificent temple complex. It was originally constructed as a Hindu temple and gradually transformed into a Buddhist temple towards the end of the 12th century. Today, you can spend the day exploring the many temples of this UNESCO World Heritage Site, which is also the world’s largest religious monument.

“One of the most amazing ruins I’ve seen in my life – the intricate carvings, the size of the towers and the surrounding moat, the peacefulness of the place. And very convenient to get to from Siem Reap.” @TripAdvisor 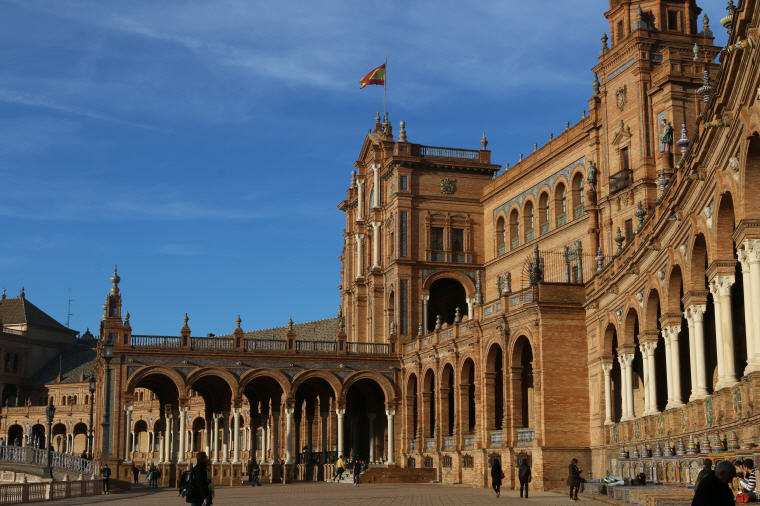 Surround yourself with the impressive Renaissance Revival and Spanish architectural elements of Seville’s Plaza de Espana. Built in the late 1920s to host the Ibero-American Exposition World Fair, this stunning landmark boasts pavilion buildings, gardens and a moat, drawing both locals and travellers alike.

“Very picturesque, and looks unreal in photos (great for the social media check-ins). Coming at night is a totally different feel, with the building & fountain lit up. Remember to wear comfortable shoes, as it’s quite big from one end to the other.” @TripAdvisor 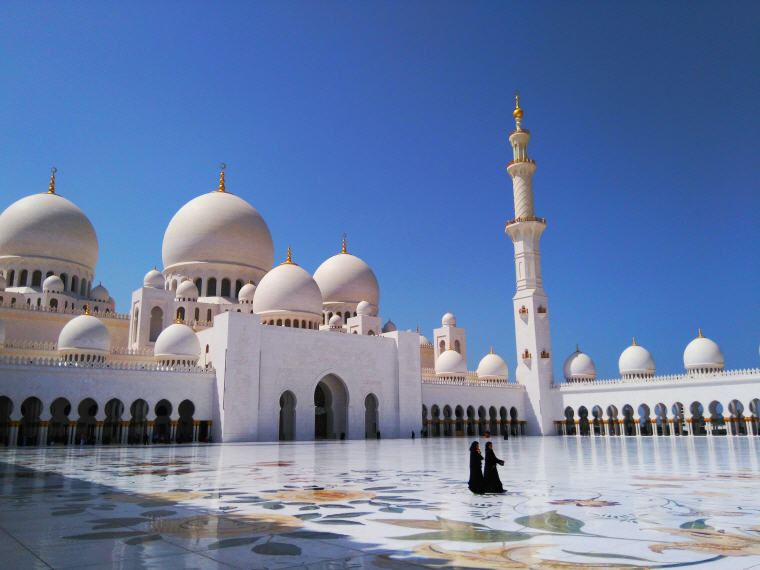 Abu Dhabi’s Sheikh Zayed Mosque is as magnificent as it is grand. Constructed over a 10-year period at the turn of the 21st century, it is the UAE’s largest mosque – able to accommodate over 40,000 worshippers. The mosque’s stunning white exterior and endless marble mosaics, alongside its many unique architectural features make it a unique landmark to explore.

“Grand is an understatement. The architecture, the white marble and the beautifully maintained green gardens are stunning.” @TripAdvisor 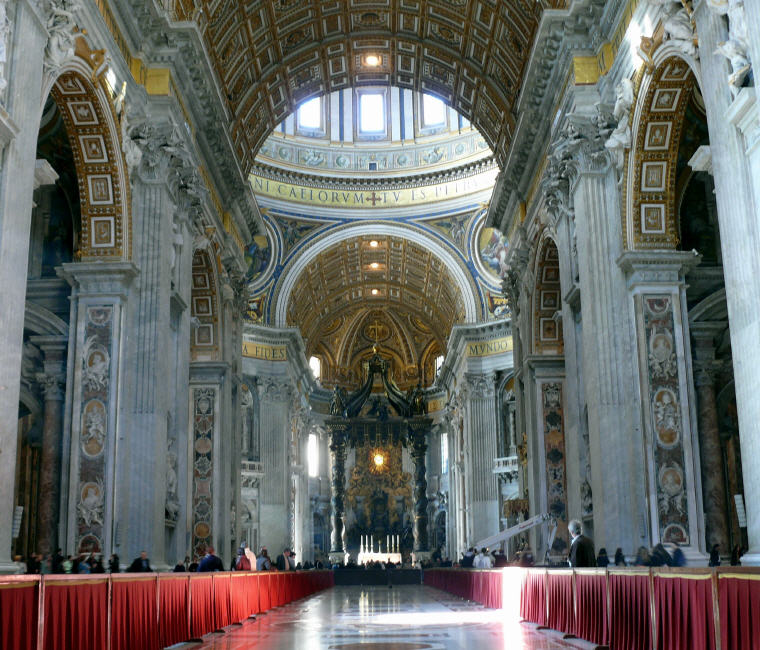 UNESCO-listed St. Peter’s Basilica is an Italian Renaissance church and the papal enclave within the city of Rome. Built between the 16th and 17th centuries, the church is regarded as one of the holiest Catholic shrines.

“When you walk into the dome and the light shines through the windows and catches all of the gold, the building begins to glow.” @TripAdvisor 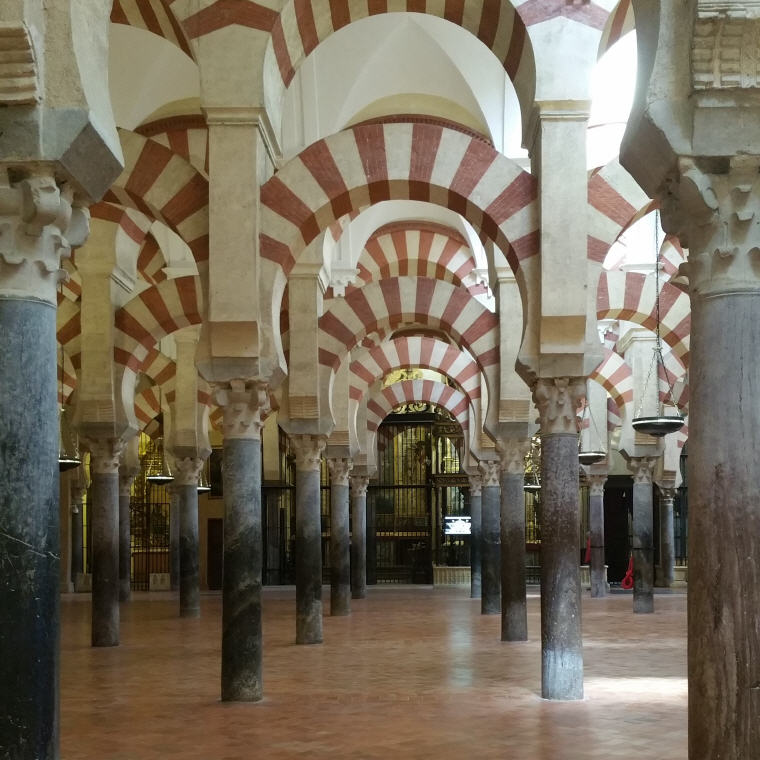 Discover the magnificent interior of the Mezquita, Cordoba’s iconic cathedral-mosque. Immerse yourself in the beauty of the Moorish landmark’s architecture, inspired by Mudejar, Renaissance, Baroque and Byzantine periods.

“The intersection of Muslim and Christian religions in this impressive structure makes for an incredible contrast. When you enter all you can see is row upon row of columns and painted arches which date back more than 1,000 years and formed the heart of the ancient mosque.” @TripAdvisor 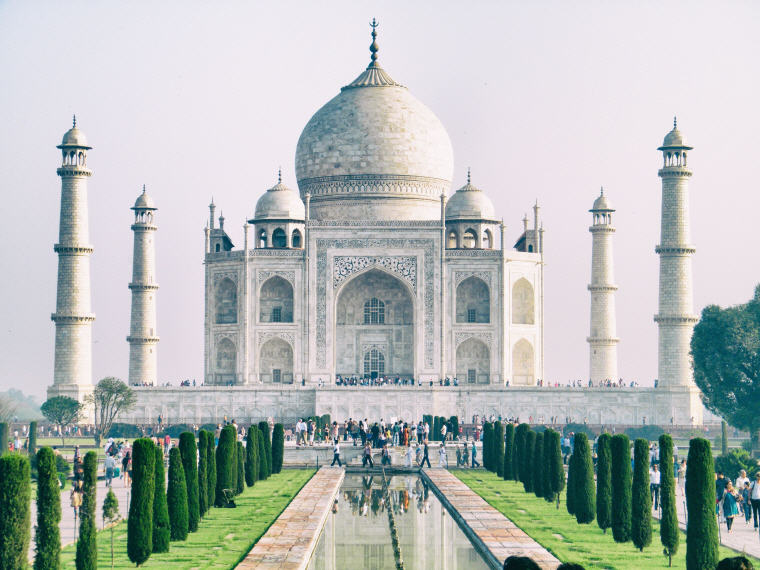 The Taj Mahal is one of India’s most beautiful sights. The ivory-white marble mausoleum on the banks of Agra’s Yamuna River was commissioned in 1632 by the Mughal emperor, Shah Jahan, to house the tomb of his favourite wife. The landmark is a wonderful example of Mughal architecture and draws millions of visitors every year.

“Visited here early in the morning to try and avoid the crowds. As you walk in your breath is taken away. It truly is amazing a complete work of art. The gardens are wonderful and although it was fairly busy it gave the impression of peace and tranquility…” @TripAdvisor 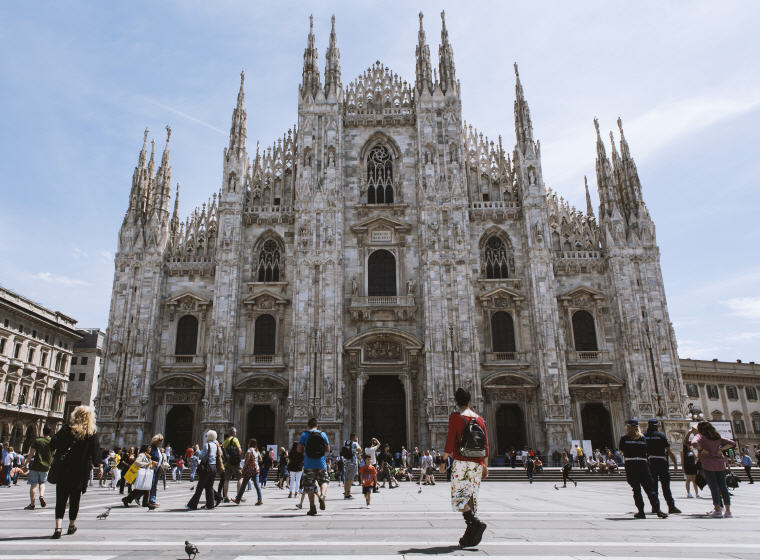 Built over the course of six centuries, the iconic Duomo di Milano captivates visitors with its elaborate design, pink-hued marble façade and its sheer size. Awe at the art, history and legends of Italy’s largest cathedral.

“While I have a philosophical problem with having to pay to go into a church, the Duomo of Milan was worth the price. It is a magnificent structure both inside and out. This is a not to be missed site. If stairs are not a problem, definitely visit the roof.” @TripAdvisor 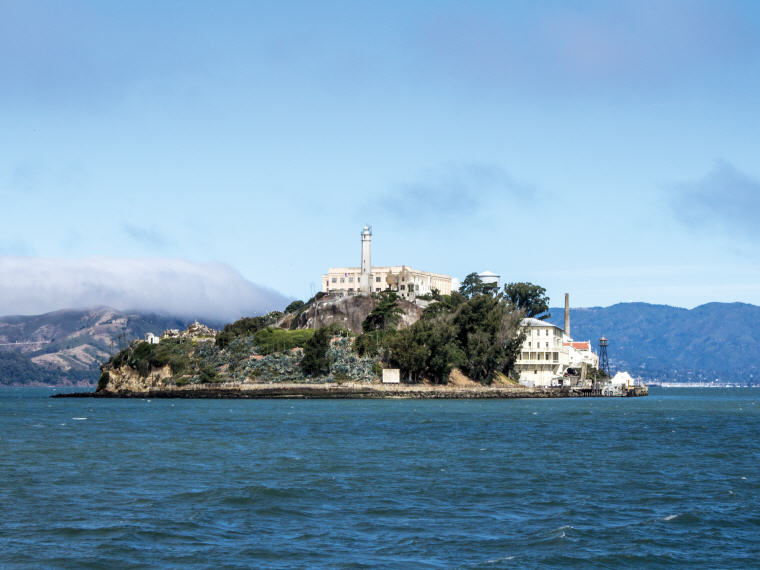 The Alcatraz Island operated as a federal prison from 1934-1963. It housed famous inmates such as Al Capone and Whitey Bulger and has inspired numerous novels and films. Today, travellers can take remarkable tours offering historical insights including a first-hand look at the prison cells and grounds.

“We had not pre booked the Alcatraz trip when we’ve visited San Fran before and missed out but this time we did and we weren’t disappointed. A bracing boat trip out to the island was followed by a look around some of the outbuildings and gardens and then an excellent audio tour of the prison.” @TripAdvisor 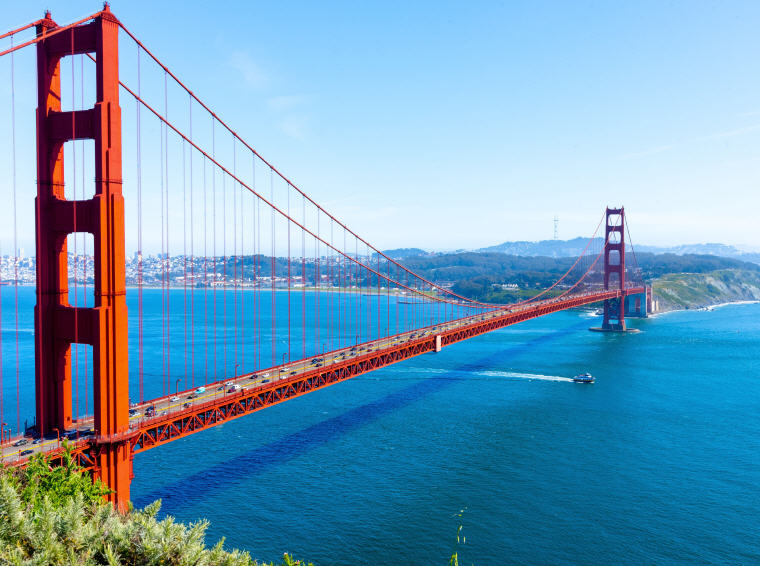 Spanning 4,200 feet, this famous suspension bridge connecting San Francisco and Marin County is one of the most stunning landmarks in the world. Travellers can take in the breathtaking views of the bridge and bay with a leisurely walk across or on one of numerous popular bike tours

“Breathtaking even when we lost the top of it in the mist. We’d seen it many times in the films, but in reality it is so beautiful.” @TripAdvisor 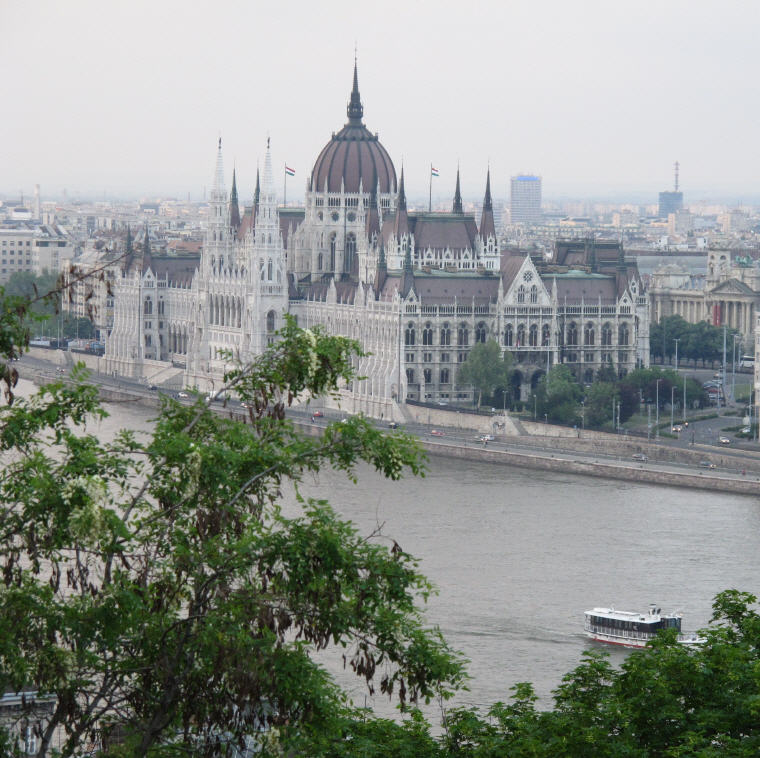 Built in Gothic Revival style, the Hungarian Parliament Building stand grandly along the banks of the Danube River. Just over 100 years old, it is the world’s third largest parliament, boasting nearly 700 rooms and over 20 kilometres of stairs. Today, it remains home to the Hungarian parliament, though visitors are able tour portions of the buildings

“Stunning building, beautiful from all angles, especially from the Danube, view it both in daylight and night, lights shine on the building at night.” @TripAdvisor 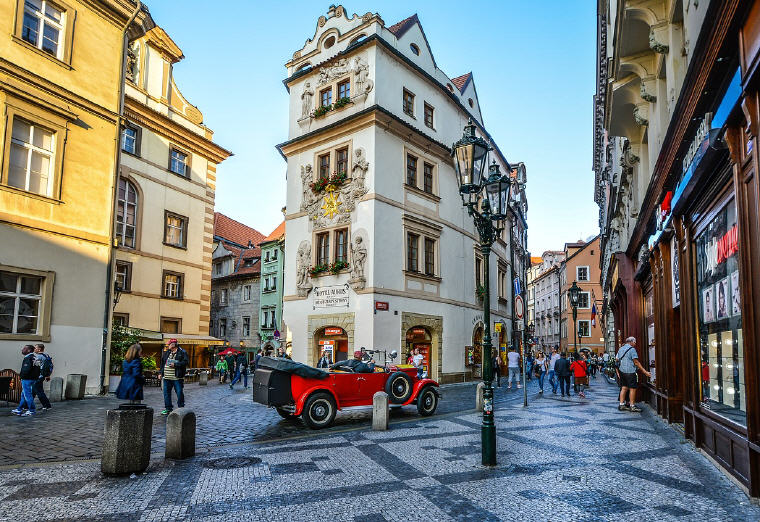 Founded in the 12th century, the Old Town Square is dominated by the Baroque Church of St Nicholas, the Rococo Kinský Palace, the Gothic House at the Stone Bell and the monument to Jan Hus. In the pavement of the square are memorial stones marking the execution of 27 Czech lords in 1621, and the Prague meridian.

“I am always drawn to the square in every visit I make to Prague. Explore it yourself and find out the fun and mysteries. There are always extraordinary performers trying to take your crown from you but great fun.” @TripAdvisor 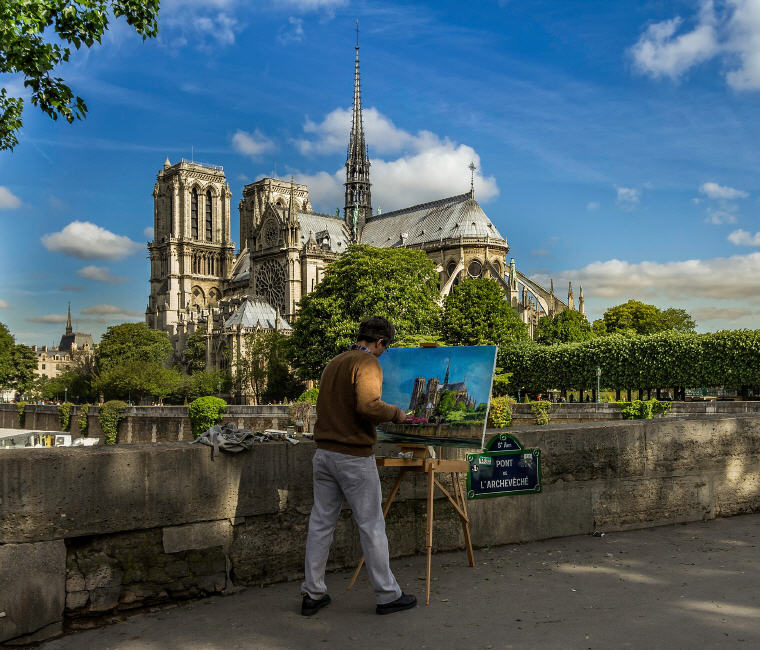 A famous cathedral and a masterpiece of Gothic architecture. Notre Dame Cathedral’s construction began in the 12th century, stands on the Île de la Cité and is the symbolic heart of the city.

“Most days there is a line for the tower climb. Wear comfortable shoes and take appropriate outer wear as you will be outside of the cathedral up in the tower. Don’t let the stair count deter you from going up. It is well worth it. Of course, the cathedral is beautiful. A must see when in Paris” @TripAdvisor 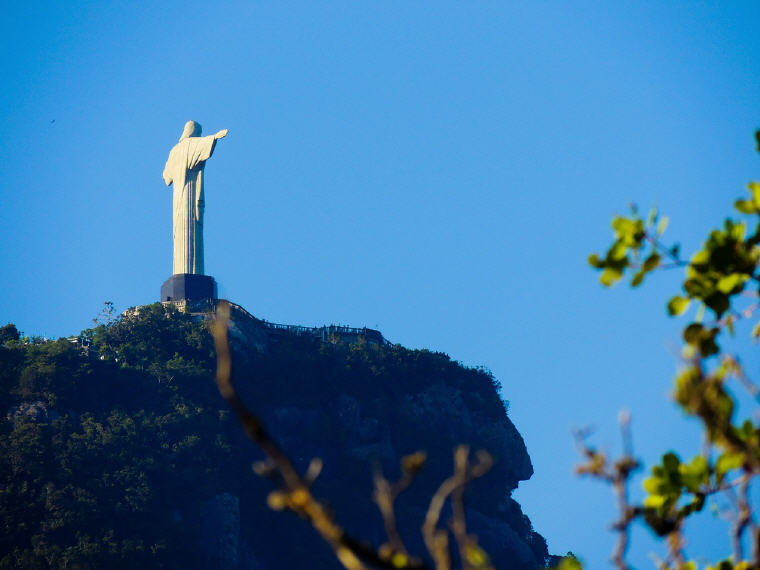 Christ the Redeemer, colossal statue of Jesus Christ at the summit of Mount Corcovado, was completed in 1931. It stands 98 feet tall and its horizontally outstretched arms spans 92 feet. The statue is the largest Art Deco-style sculpture in the world and is one of Rio de Janeiro’s most recognisable landmarks.

“The statue is amazing, but the views are even better! Great sunset views over the city and bays, with the sun setting right behind…” @TripAdvisor

Completed in 1889, the Eiffel Tower is a famous symbol of French civic pride. It is named after the engineer Gustave Eiffel, whose company designed and built the tower. The Eiffel Tower is also one of the most visited attractions in Paris, welcoming almost seven million visitors per year

“No matter how many photos, videos, or postcards you’ve seen of this icon, there is simply nothing like seeing it up close and personal.” @TripAdvisor 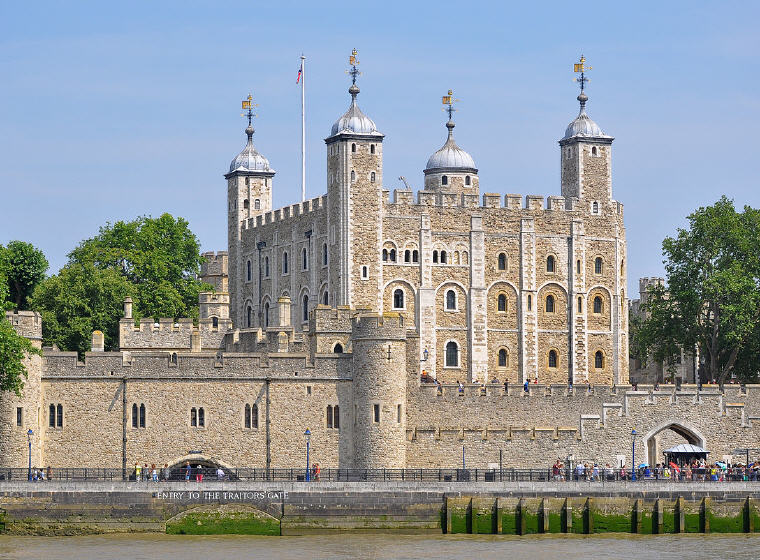 One of London’s most famous landmarks. The Tower of London houses the Crown Jewels, the prison cell of Sir Walter Raleigh, known as the Bloody Tower, and the Chapel of St. John and the Royal Armories. It is also one of top attractions in London.

“The history is oozing out of every wall. You really can feel it in the air.” @TripAdvisor 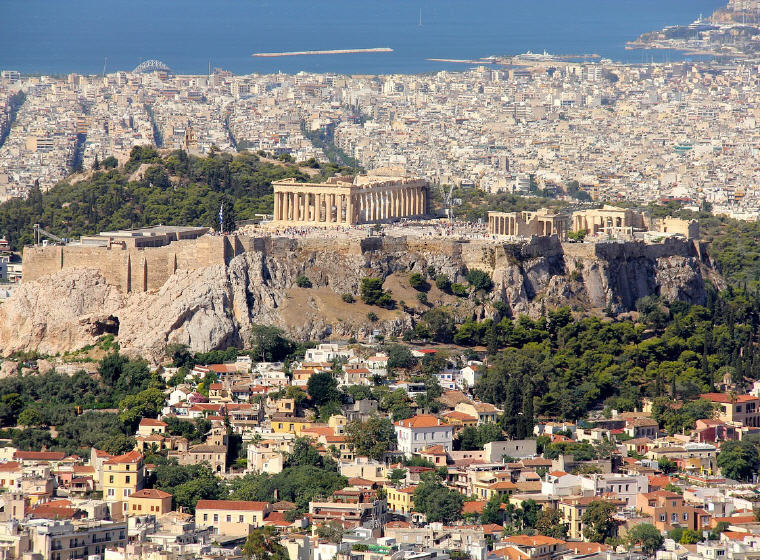 One of the most famous landmarks and attractions in Athens. Acropolis lies in the center of the city and contains a cluster of ancient ruins.

“…if you are patient through the queue process it is worth it. The views are very spectacular across the city and to see the acropolis up close is amazing. It is a true wonder of engineering and strength to have put this together.” @TripAdvisor 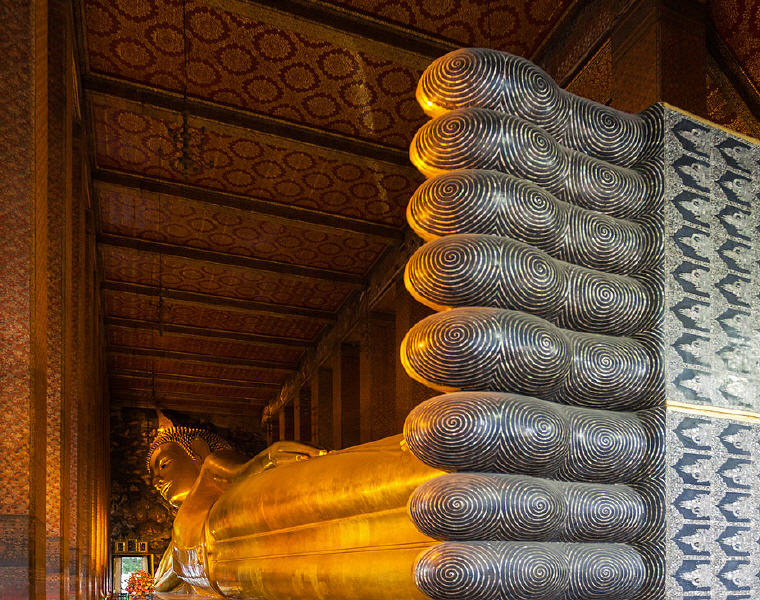 One of the oldest and largest temples in Bangkok. Wat Pho features the famous Reclining Buddha, which is the largest in Thailand measuring more than 150 feet in length. Read also 17 Places to visit in Bangkok.

“The most amazing thing I have ever seen, totally beautiful You cannot visit Bangkok without coming here to see the reclining Budda” @TripAdvisor 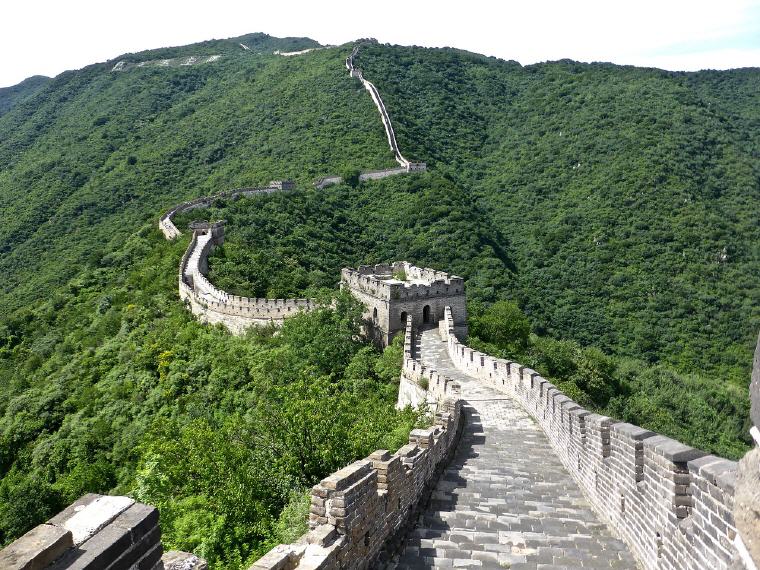 Surrounded by the mountains, Mutianyu Great Wall is Known for its gorgeous scenery and is one of the essence in the Great Wall of Ming Dynasty.

“The crowds were sparse, the countryside green and lush and the views of the wall were amazing. Worth every moment!” @TripAdvisor 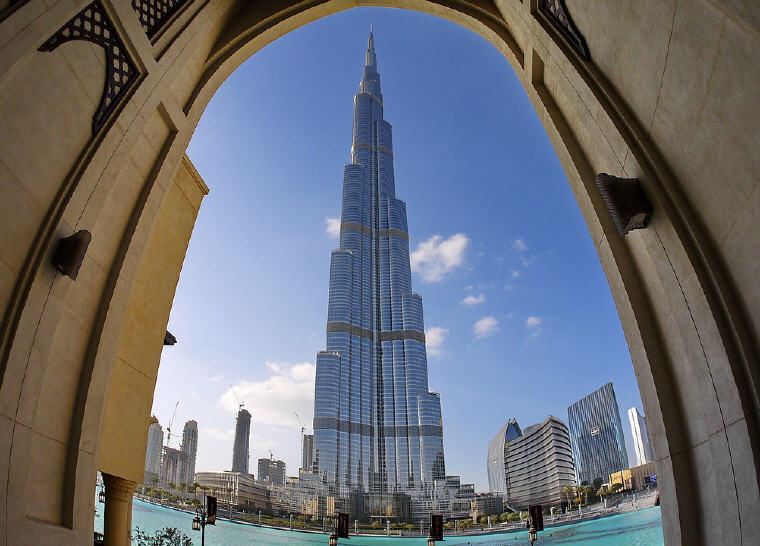 Described as both a ‘Vertical City’ and ‘A Living Wonder,’ Burj Khalifa is the world’s tallest building. It utilised a record-breaking 330,000 cubic metres of concrete; 39,000 tonnes of steel reinforcement; 103,000 square metres of glass; and 15,500 square metres of embossed stainless steel.

“Seeing it rise into the heavens above the skyline is a sight to behold. Truly a feat of modern engineering and architecture…” @TripAdvisor 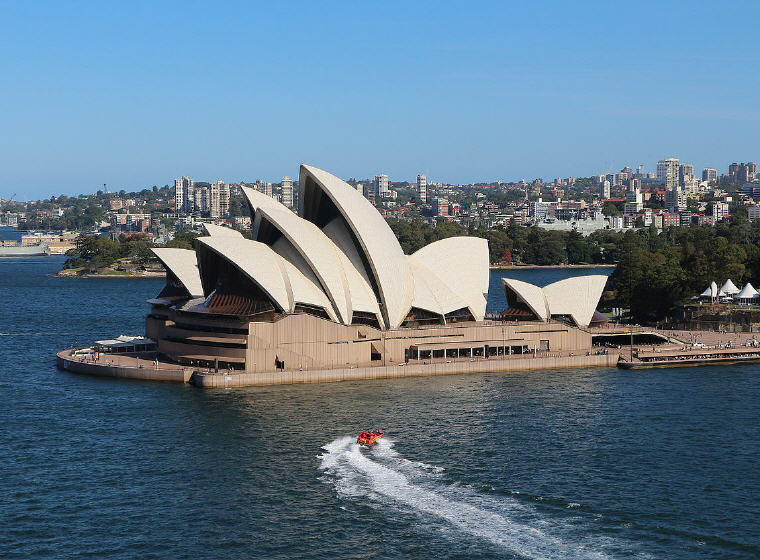 One of the most iconic landmarks in the world – the Sydney Opera House is not only an architectural masterpiece but it is also a vibrant performance space. It’s a place where the past shapes the future, where conventions are challenged and cultures are celebrated. Step inside and discover the stories that make the Sydney Opera House so inspiring.

“More than just a Sydney highlight—it’s the Taj Mahal of Oceania.” @TripAdvisor 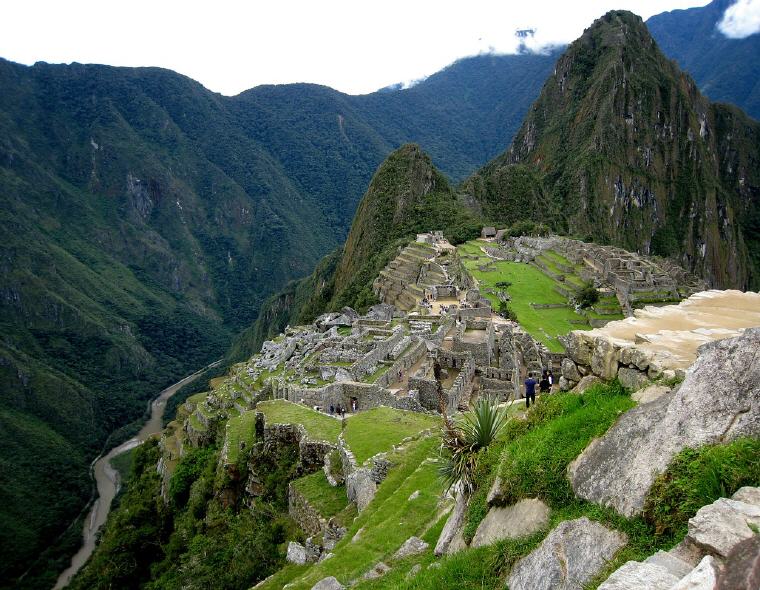 Perched atop the Andean peak in clouds high above the Urubamba Valley, Machu Picchu overlooks the Vilcanota River in an extraordinarily beautiful setting. It endures as one of the most important and recognised archaeological landmarks in the world.

“Everyone has seen the pictures, but being there in person is jsut phenomenal. Only downside is the crowds. My recommendation….afternoons around three… the crowds thin out. Plenty of hiking in the adjacent area if you have lung capacity.” @TripAdvisor 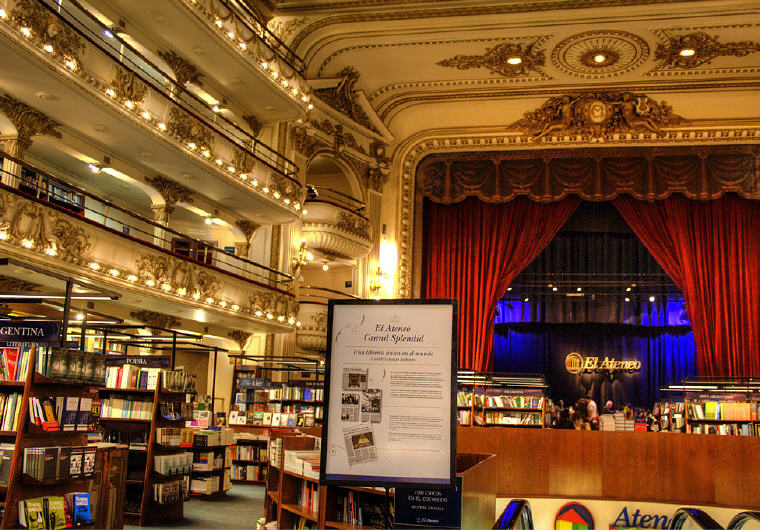 Situated in an old theater, El Ateneo is one of the most popular bookstores in Buenos Aires and a mecca for any bookworm. In 2008, The Guardian placed it as the second most beautiful bookshop in the world.

“What a stunning setting for a book shop. Whoever thought of this is a genius. It is amazing and the individual boxes where you can just sit and read is a gem. Added bonus of a cafe on the original stage. Loved it!” @TripAdvisor 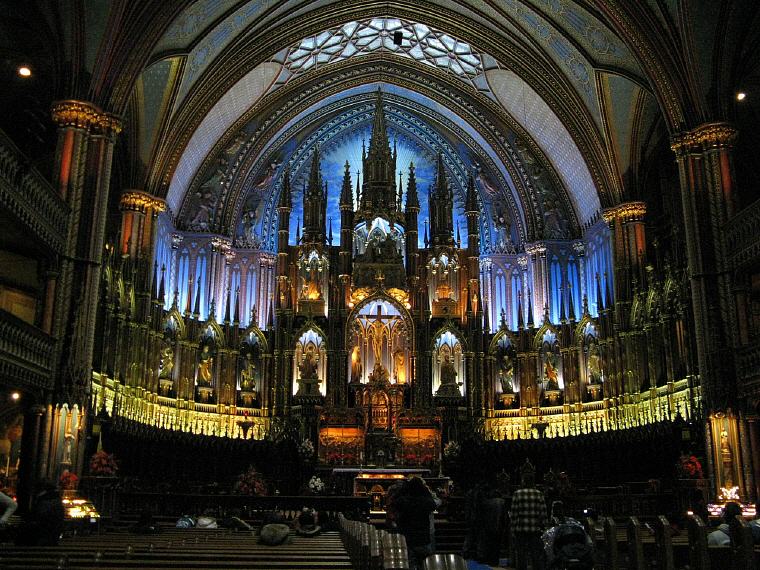 Built in 1656, Notre-Dame Basilica is Montreal’s oldest Catholic church. It is known for its intricately designed interior, which includes stained glass chronicling the history of the city.

“I really didn’t know what to expect and would have happily visited the Basilica anyway as its a fabulous building, but the light show was exceptional. Not sure what to say but the precision of the lights, sound and overall experience amounted to something very special.” @TripAdvisor 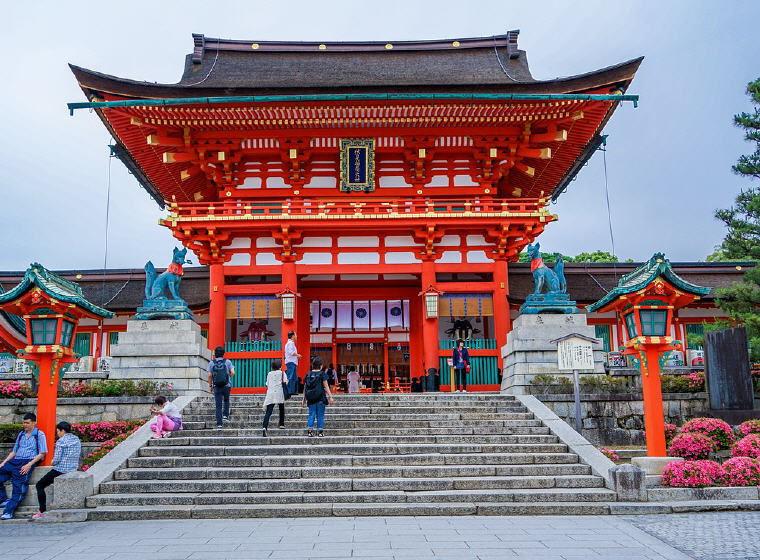 One of the single most impressive sights in Kyoto, Fushimi-Inari-Taisha Shrine is the most important of several thousands of shrines dedicated to Inari, the Shinto god of rice. Sitting at the base of a mountain also named Inari, it is famous for its thousands of vermilion torii gates.

“Amazing cultural experience located close to Kyoto. Easily reachable by JR and subway lines. Make sure to arrive early in the morning to beat the crowds. This will afford plenty of time to hike to the top while stopping to get perfect pictures of the torii tunnels.” @TripAdvisor 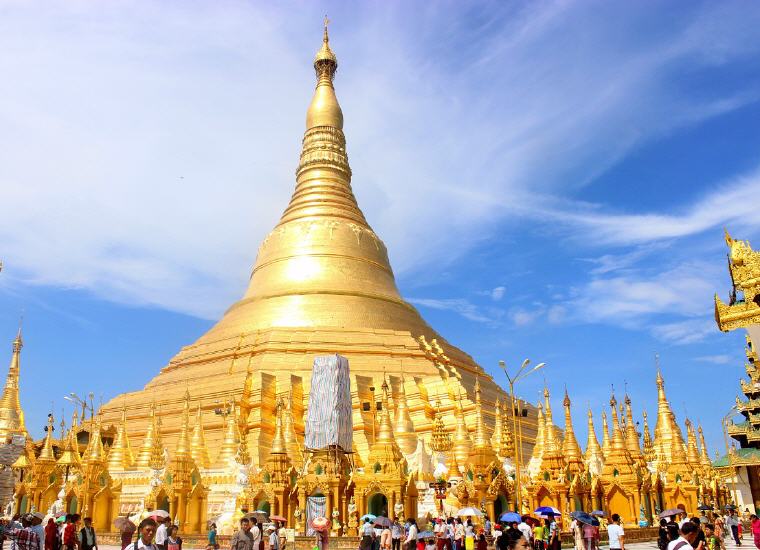 “Impressive religious complex with many ornate buildings, fine details, and remarkable architecture. It is an oasis of spirituality, peace and beauty that should not be missed.” @TripAdvisor