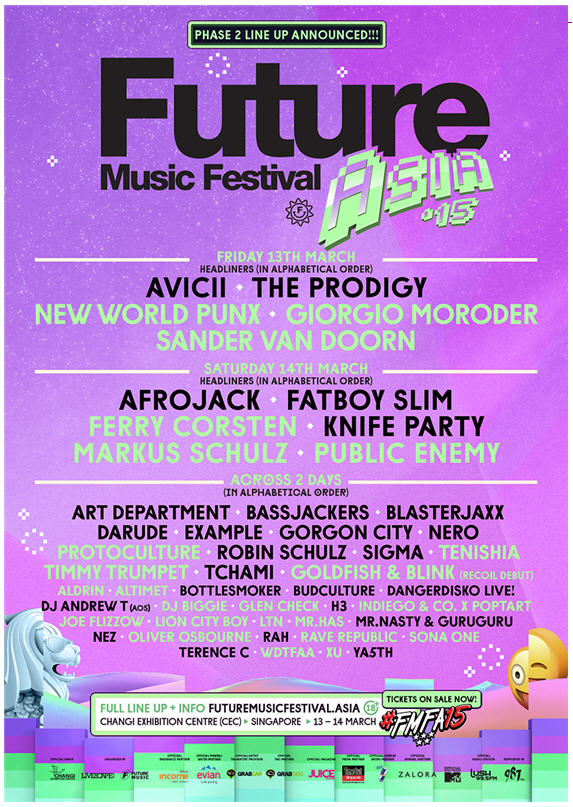 The organisers of Future Music Festival Asia 2015 are saddened to announce that we have had to cancel the festival which was scheduled to be held this Friday and Saturday, March 13 & 14, at the Changi Exhibition Centre in Singapore.

Full ticket refunds will now be made to all FMFA ticket buyers, details of which will be made available by Monday evening. We are also aware of the many fans overseas that have made travel arrangements into Singapore for the festival. We are extremely sorry for the inconvenience you have been put through.

At the moment, we have set up a care team to help answer your concerns directly. Our care team can be reached at [email protected]

FMFA wishes to thank all artistes and event suppliers for their incredibly hard work and support during the last few days.

About Your Magical Music Playground (aka the Changi Exhibition Centre):

1. With a total area size of 140,000 square meters, you’ll even have space to roll around when The Prodigy’s playing. And if you’re not one to roll, 140,000 sq. meters is equivalent to 14 football fields or two times the size of their past FMFA venues.

2. There’s a breathtaking sea view. In fact one of their massive stages will be located right by the ocean. Cue, #selfie.

3. There’s a MASSIVE indoor arena that can fit up to 40,000 people at anyone time (read: better acoustics, air-conditioned and rain proof. FMFA 1–0 Mother Nature).

4. Getting there isn’t as hard as you think. The airport’s a mere 5 minutes drive away and has an MRT system that gets you into the city in less than 15 minutes. They’re also working to extend the MRT operating hours and to provide you with free shuttle bus services from various locations around town. There’ll also be tones of cabs waiting outside the venue. More deets on transportation will be announced a couple of weeks before the festival

5. Finally, as Barney Stinson once said, “New is always better”. FMFA will effectively be the first large-scale music festival to take place at the Changi Exhibition Centre. On a separate note, you’ll also now be able to tell your future kids where you met their mother. 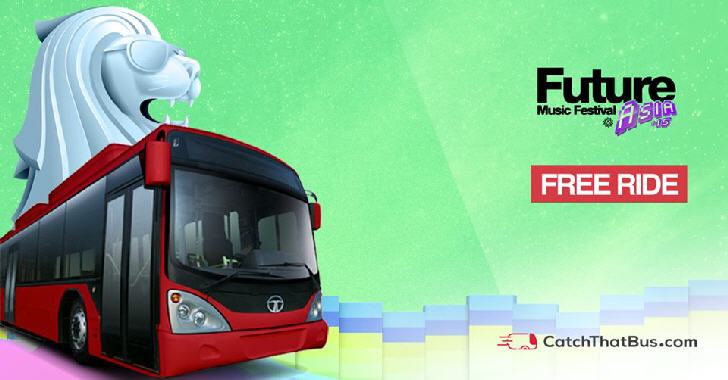 Here’s something for all our Malaysian friends. Buy a #FMFA15 ticket with CatchThatBus.com and get a FREE bus ride to Singapore!