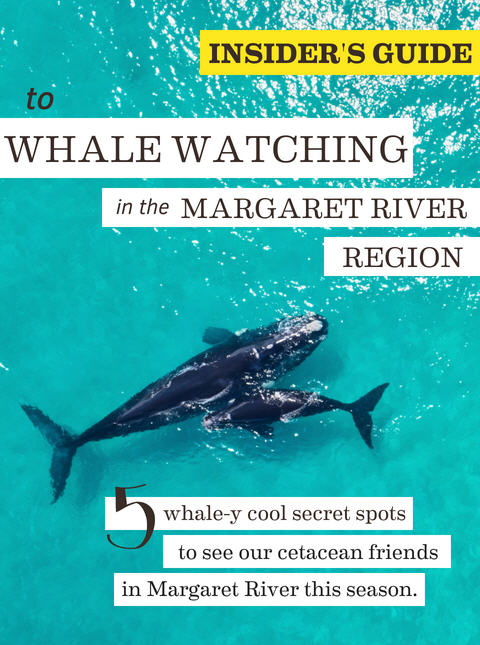 Around 35,000 whales migrate from the Antarctic to the warmer waters of the Margaret River region yearly. The region plays host to these amazing creatures for a period of six months between June and early December – making it one of the longest whale watching seasons in Australia!

Secret Spot #1: From the Top of Cape Leeuwin Lighthouse 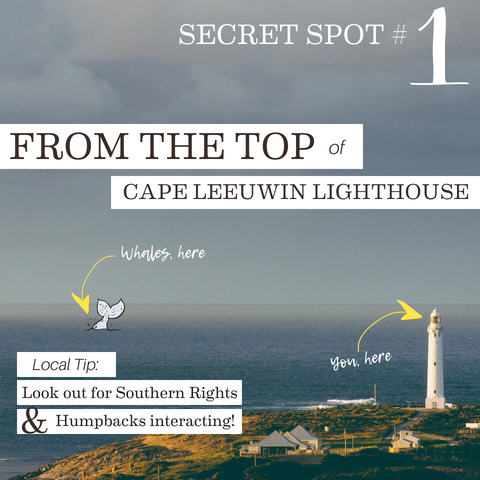 From the Top of Cape Leeuwin Lighthouse

The Cape Leeuwin Lighthouse serves as one of the best land-based vantage points to witness our majesty cetacean friends, and maybe their acrobatics, for the lucky ones! Situated on the southwestern-most tip of Western Australia, the Cape Leeuwin Lighthouse is the tallest lighthouse on mainland Australia and looks out over Flinders Bay to the east. Although there are binoculars fitted at the viewing deck, you are advised to bring your own for some solid time whale watching.

Secret Spot #2: From the Boranup Lookout Over Hamelin Bay 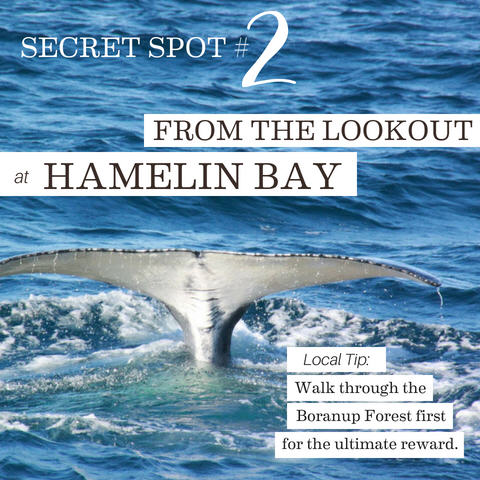 From the Boranup Lookout Over Hamelin Bay

The Boranup Lookout located deep within the Boranup Karri Forest provides an unique spot in the region to experience both the forest and the stunning waters of Hamelin Bay simultaneously. Surrounded by towering karri trees, you can spot the whales on their way up to northern waters with binoculars. You can also head right down to Hamelin Bay Beach and set off on one of the spectacular coastal cliff walks to get yourself to a better whale watching vantage point.

Secret Spot #3: While Walking the Cape To Cape Track 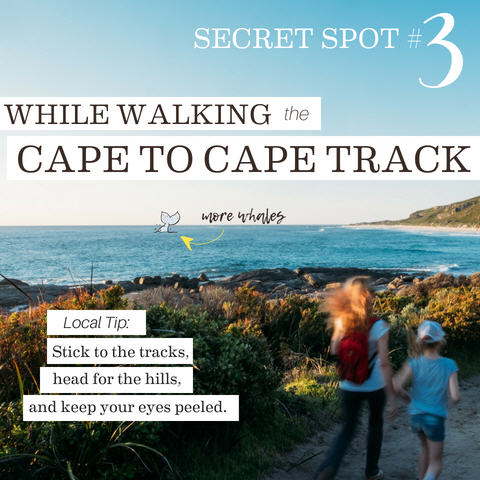 While Walking the Cape To Cape Track

The 135km-long Cape to Cape coastal hiking trail is a great way for some one-on-one time with the whales. The track runs along the Leeuwin-Naturaliste ridge and offers unparalleled ocean views. Setting off from Gracetown and heading north on foot toward Yallingup is a great section dotted by cliff-top bench seats which are basically purpose-built for whale watching walkers.

Secret Spot #4: From the Top of Cape Naturaliste Lighthouse 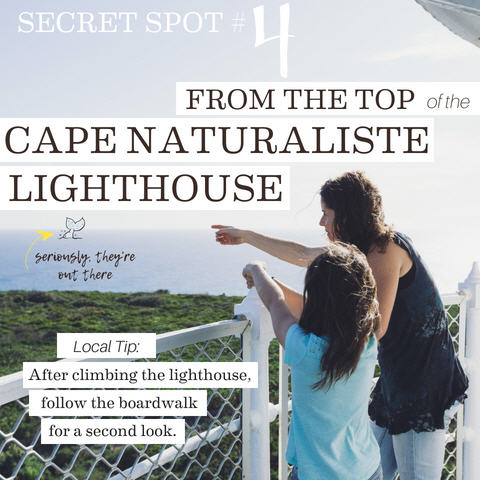 From the Top of Cape Naturaliste Lighthouse

The Cape Naturaliste Lighthouse is good to visit toward the warmer end of the whale season. It is also easier than most lighthouses to climb, making it a good spot for whale watching without the physical exertion. From the top, enjoy a panoramic view of the Indian Ocean, Cape Naturaliste, the Leeuwin-Naturaliste National Park and Geographe Bay. There is also a brand new viewing deck, which offers uninterrupted views of the big blue – and the whales. 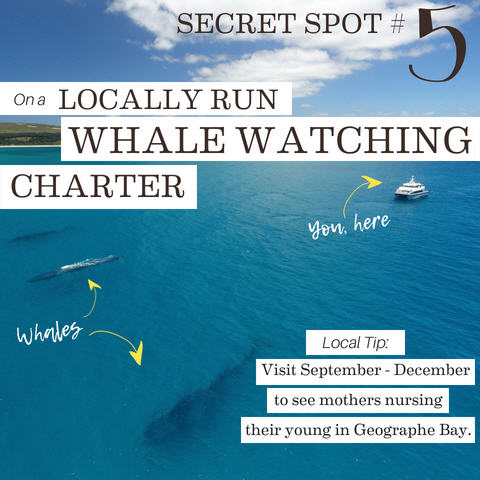 For an up close and intimate experience, you can go on a whale watching cruise. The captains and crews of the local whale watching charters are incredibly experienced at recognising whale behaviour, and they know how to get you in the perfect spot to get a full view of these awesome creatures!