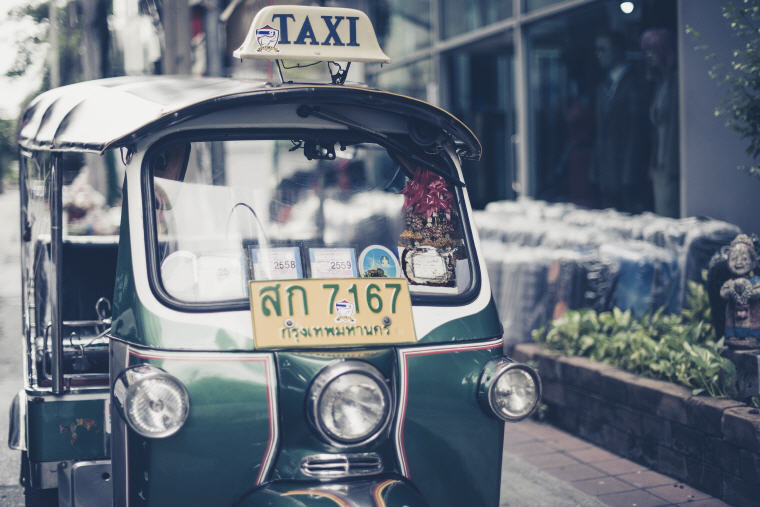 Mastercard released its 2016 Global Destination Cities Index (GDCI) this week. Measured by the number of international overnight visitors, the index which provides a ranking of the 132 most visited cities around the world. From the Asia Pacific region to Europe to the Middle East and Africa, here are the 20 Top Destination Cities in 2016:

Bangkok, also known as the ‘city of angels‘, topped the 2016 listing of 132 cities ranked by Mastercard GDCI. It beats other top destination cities like London, Paris and Dubai to become the most visited city. Mastercard chief economist, Yuwa Hedrick-Wong, told Reuters, “There’s the value for money, especially for visitors coming from high-income countries.” And James Donnelly, 31, a tourist from Britain who was visiting the city on his way to Vietnam, told Reuters, “… the food is second to none.”

London and Bangkok have topped the ranking for most of the seventh year of the Mastercard GDCI. It is the top ranked in Europe in international visitors. The colder climate in London during spring, summer and fall makes it one of the top destination cities in the world. Furthermore, it is one of the most vibrant, diverse and exciting cities with some of the world’s best sights, attractions and activities.

The next on the list of the 20 Top Destination Cities in Mastercard GDCI is Paris. The capital city of France is synonymous with food, culture, fashion, and architecture. With so much to offer international visitors, and so much to see and do, a trip to Paris rarely disappoint visitors and will often be an unforgettable adventure.

New York City tops North America and ranks 5th in Mastercard GDCI 20 top destination cities in 2016. It has something for every traveller. From incredible art galleries and museums to some of the world’s best restaurants, New York City’s many offerings are well known to most visitors.

Save up to 25% on the New York C3 CityPASS! Customize your trip and Save!

A city I call home. Singapore ranks 6th in Mastercard GDCI 20 top destination cities in 2016. Michelin has recently (21 July 2016) released the full selection of its 2016 Michelin Guide Singapore, the inaugural edition for the food-obsessed city-state. Be sure to check out the cheapest Michelin-starred meals in the world.

Kuala Lumpur is a popular long weekend getaway for Singaporean. The capital city of Malaysia boasts gleaming skyscrapers, colonial architecture, charming locals, and an abundance of gastronomic delights – with thousands of hawker stalls, cafes, and restaurants serving every imaginable type of delicacies.

Istanbul is a popular summer vacation destination where Europe and Asia meet, where breathtaking ancient architecture coexists with modern restaurants and nightlife. The city’s mosques, bazaars, and hammams (Turkish baths) will surely keep you happily occupied throughout the entire trip.

Tokyo is the host for 2020 Olympic Games. The capital city of Japan is one of the 20 top destination cities in 2016 Mastercard GDCI. Tokyo offers a wide choice of shopping, entertainment, culture and gastronomic experience to its visitors.

Hong Kong is one of the most fascinating cities in the world. It makes a first impression like no other place on Earth; with futuristic skyscrapers, double decker trams zipping through traffic, and the smell of roast geese hanging by shop windows.

The streets of Barcelona are lined with beautiful works of architecture, from Gothic churches to Antoni Gaudí’s surreal buildings, as well as modern sites like Maremagnum Mall. In addition, Barcelona also has gorgeous beaches and eclectic nightlife, plus it has some of the best seafood in all of Europe. It’s really not surprising that Barcelona makes it to the 20 top destination cities in 2016 Mastercard GDCI.

Amsterdam’s laid-back atmosphere, beautiful watery setting, picturesque houses, plenty of museums and infamous nightlife give it an unique appeal, and also make it one of the world’s most appealing and offbeat metropolises in the world.

Milan is the epicentre of Italian fashion and interior design, and a shopper’s paradise. It is also known for its high-end restaurants and shops. In addition, you’ll find Leonardo da Vinci’s The Last Supper and other great works of art in Milan.

Taipei, the capital of Taiwan, is a modern metropolis with busy shopping streets and contemporary buildings. It’s also clean with good transport links and a fascinating mix of sights. In addition, Taipei is known for its lively street-food scene and numerous night markets.

Rome is the capital city of Italy. For over 2,500 years, emperors, popes, artists, and common citizens have left their mark in this cosmopolitan city. It is a real-life collage of piazzas, open-air markets, and astonishing historic sites such as the Forum and the Colosseum. Rome is also where you’ll find masterpieces such as Michelangelo’s Sistine Chapel frescoes.

Osaka is the fastest growing destination city in international visitors (24.15 percent) over the last seven years. It is known for its modern architecture, boisterous nightlife and hearty street food. Osaka’s main historical landmark is the 16th-century shogunate Osaka Castle, which has undergone several restorations. Top city attractions include the aquarium, Universal Studios Japan and the futuristic Floating Garden Observatory.

According to TripAdvisor’s annual TripIndex™ Cities, Vienna is one of the Top 10 least expensive destinations for two travellers. Past artistic glories live on here, thanks to the cultural legacy of numerous artistic geniuses like Mozart, Beethoven, Schubert, Strauss, and Gustav Klimt. Vienna is also known for its Imperial palaces, including Schönbrunn, the Habsburgs’ summer residence.

Shanghai is China’s biggest city and a global financial hub. It is a city of two faces. One of which boasts some of the world’s tallest skyscrapers, luxury goods shops, and scores of trendy bars and restaurants. The other is where you’ll find humble alleyways packed with traditional lane houses, where laundry billows from bamboo poles, and local communities are alive and well.

Prague is the capital and the largest city of the Czech Republic. It continues to captivate international visitors with its fairy-tale cityscape, solid cultural heritage and perfect pilsner.