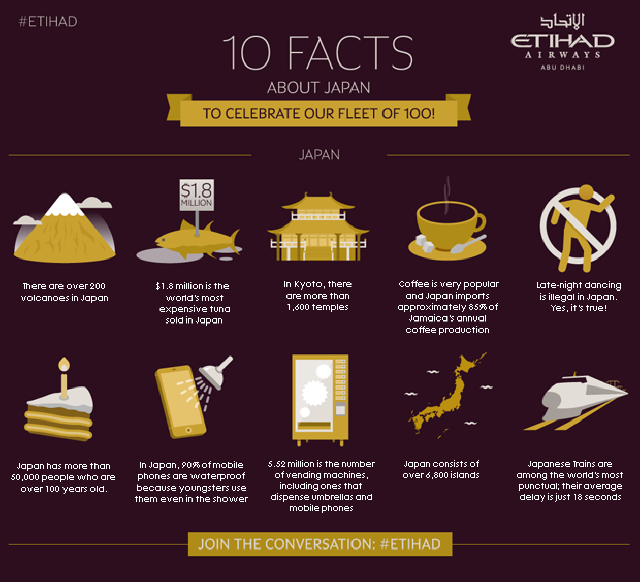 Japan is a world apart – filled with captivating scenery, unique architectural style, and art that reveals centuries-old culture through calligraphy and painting unlike that of any other country. The Japanese spirit is strong, warm and incredibly welcoming, making Japan a favourite destination for many repeat visitors. Here are 10 facts about Japan compiled by Etihad; the added information are from verification from the internet. 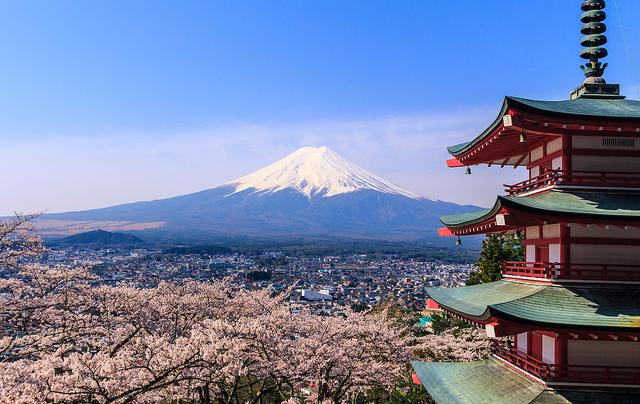 Have you ever come across these 10 facts about Japan before? I personally haven’t come across any of these facts before today. Thanks to Etihad for sharing this interesting infographic. According to Etihad, to enjoy winter sports in Northern Japan, such as skiing and snowboarding, you can plan your visit during the months of January and February when there is lots of snowfall. And to see the country when it is in full bloom and to enjoy milder weather, April is the best time to visit.

Etihad suggested Top 5 Things To Do in Japan

Do you know any other interesting fact about Japan? I would love to hear about them.